Pakistani minister may have mocked India after the ISRO scientists lost connection with the Vikram Lander of Chadrayaan 2, but the neighbouring country’s first astronaut has heaped praises on India’s ambitious lunar mission. Namira Salim told a Karachi-based website Scientia that she congratulated the ISRO scientists for their historic attempt. 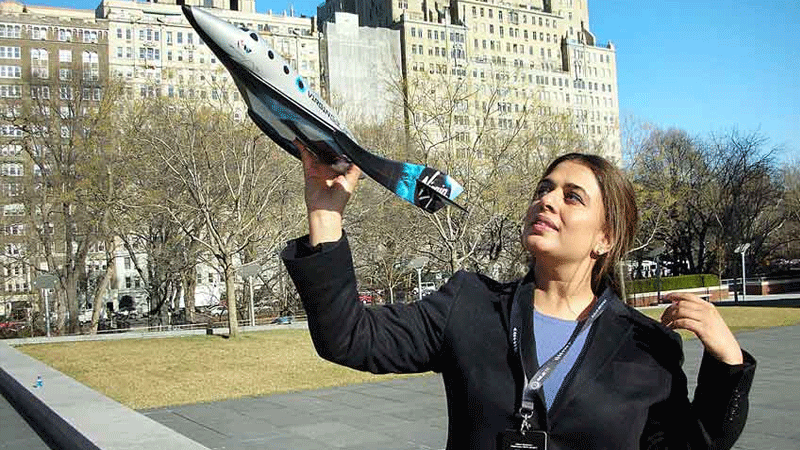 Salim said, “I congratulate India and ISRO on its historic attempt to make a successful soft landing of the Vikram Lander at the South Pole of the Moon.”

Salim, who is the first Pakistani astronaut to go to space aboard Sir Richard Branson’s Virgin Galactic, the First Space-line of the world, added, “The Chandaryaan 2 lunar mission is indeed a giant leap for South Asia which not only makes the region but the entire global space industry proud.”

India’s ambitious Chandrayaan 2 lunar mission had suffered a setback on 7 September after the Indian Space Research Scientists in Bengaluru lost connection with the Vikram Lander within a distance of 2.2 kms from the lunar surface.

A senior cabinet minister of the Pakistani government had faced widespread condemnation for ridiculing India on the failure of its mission. The video of Prime Minister Narendra Modi a heartbroken ISRO chief Dr K Sivan had gone viral on social media platforms.

Salim said, “Regional developments in the Space sector in South Asia are remarkable and no matter which nation leads—in space, all political boundaries dissolve and in space—what unites us, overrides, what divides us on Earth.”

Meanwhile, the ISRO chief has been quoted as saying that the Chandrayaan Orbiter had located the Vikram Lander and his team of scientists were busy establishing contact with it.