A year after leaving Mogul, which is a biopic on late music baron Gulshan Kumar, superstar Aamir Khan has decided to reverse his earlier decision. The actor has now said that not only will he be playing the lead character of Gulshan Kumar in Mogul, he will also be producing the film. 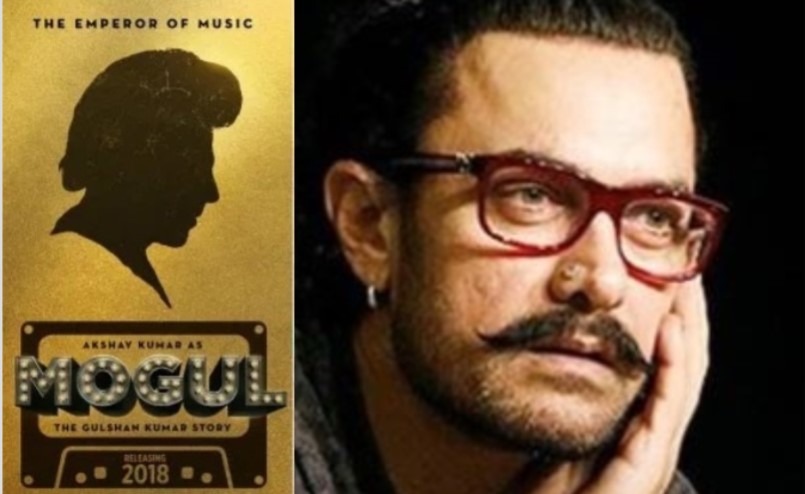 Aamir told Hindustan Times, “I’m playing the role of Gulshanji.” He said that the film’s director Subhash Kapoor will be taking a final call on the other casting of the film.

Aamir had issued a detailed statement last year announcing his decision to quit Mogul  amidst allegations of sexual misconduct against Subhash Kapoor, who had been roped in to direct the biopic on Gulshan Kumar.

His statement had read, “Two weeks ago, when traumatic #MeToo stories began emerging, it was brought to our attention that someone we were about to begin work with has been accused of sexual misconduct. Upon enquiry we found that this particular case is sub judice, and that the legal process is in motion.

“We are not an investigative agency, nor are we in any position to pass judgment on anyone — that is for the police and judiciary to do. So, without casting any aspersions on anyone involved in this case, and without coming to any conclusions about these specific allegations, we have decided to step away from this film.”

Speaking about the reasons for his change of heart, Aamir said that neitehr he nor his wife Kiran Rao knew that there ‘was a case against Subhash Kapoor.’ I believe it’s a five-year-old case. We’re not too much in the media space, so I guess it slipped our attention. Last year, during the MeToo movement, mention of this case came up. That’s when we got to know about it, and we were most disturbed. Kiran and I spoke about it at length. We were in a big dilemma for more than a week. Mr Kapoor was denying the charge.”

Aamir said that his decision had an adverse impact on Kapoor’s professional career adding that the latter was immediately removed from the film and T-Series terminated his contract.

“Subsequently, we heard that whatever steps he was taking to put together a film didn’t go through, because nobody wanted to work with him. That really troubled us because we felt that our action had inadvertently cost a person — who is yet to be tried in a court of law — to lose his livelihood. And for how long? Is it for one year? Or ten years? We don’t know. What if he is innocent. We were very troubled. Laws of natural justice consider a person innocent until he/she is proven guilty. But until such time that the courts reach a conclusion, is it that he/she should not be allowed to work? Is he to just sit at home and not earn?” Hindustan Times quoted Aamir as saying.

Aamir said that his next film will be Lal Singh Chaddha after which he will start shooting for Mogul.