Late Danish Siddiqui has won his second Pulitzer award posthumously months after his tragic death in Afghanistan. The late Indian photojournalist was conferred with the coveted award for his breathtaking photos on the second wave of the COVID pandemic that left millions dead in India last year. 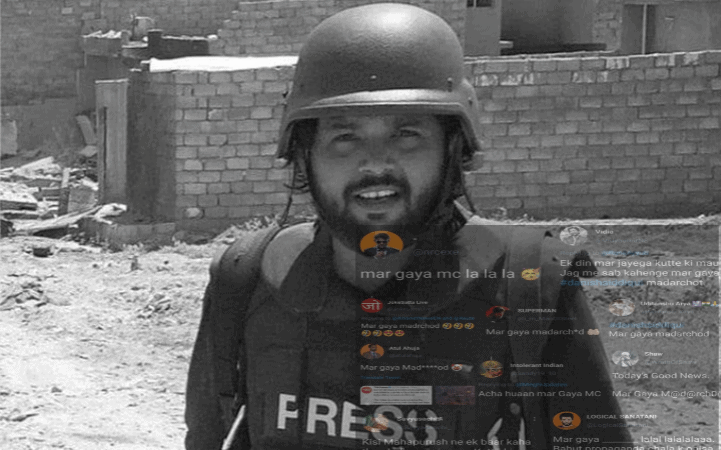 Danish, who singlehandedly drew global attention to the mismanagement of last year’s pandemic by the Indian government using his camera, was killed in an attack from Taliban fighters in Kandahar just before the Taliban took control of Afghanistan. While Hindutva fanatics shockingly celebrated the journalist’s death because of his Muslim faith, Prime Minister Narendra Modi and EAM Jaishankar faced condemnation for their ‘petty’ behaviour as both of them refused to express their condolences.

The Washington Post: For its compellingly told and vividly presented account of the assault on Washington on January 6, 2021, providing the public with a thorough and unflinching understanding of one of the nation’s darkest days.

Staff of the Miami Herald: For its urgent yet sweeping coverage of the collapse of the Champlain Towers South condominium complex, merging clear and compassionate writing with comprehensive news and accountability reporting.

Corey G. Johnson, Rebecca Woolington and Eli Murray of the Tampa Bay Times: For a compelling exposé of highly toxic hazards inside Florida’s only battery recycling plant that forced the implementation of safety measures to adequately protect workers and nearby residents.

Madison Hopkins of the Better Government Association and Cecilia Reyes of the Chicago Tribune: For a piercing examination of the city’s long history of failed building- and fire-safety code enforcement, which let scofflaw landlords commit serious violations that resulted in dozens of unnecessary deaths.

Staff of The New York Times: For an ambitious project that quantified a disturbing pattern of fatal traffic stops by police, illustrating how hundreds of deaths could have been avoided and how officers typically avoided punishment.

Adnan Abidi, Sanna Irshad Mattoo, Amit Dave and the late Danish Siddiqui of Reuters: For images of COVID’s toll in India that balanced intimacy and devastation, while offering viewers a heightened sense of place. (Moved from Breaking News Photography by the jury.)

Marcus Yam of the Los Angeles Times: For raw and urgent images of the U.S. departure from Afghanistan that capture the human cost of the historic change in the country. (Moved from Feature Photography by the jury.)

Fahmida Azim, Anthony Del Col, Josh Adams and Walt Hickey of Insider, New York, N.Y.: For using graphic reportage and the comics medium to tell a powerful yet intimate story of the Chinese oppression of the Uyghurs, making the issue accessible to a wider public.

Staffs of Futuro Media, New York, N.Y. and PRX, Boston, Mass.: For “Suave,” a brutally honest and immersive profile of a man reentering society after serving more than 30 years in prison.

Melinda Henneberger of The Kansas City Star:For persuasive columns demanding justice for alleged victims of a retired police detective accused of being a sexual predator.

Jennifer Senior of The Atlantic: For an unflinching portrait of a family’s reckoning with loss in the 20 years since 9/11, masterfully braiding the author’s personal connection to the story with sensitive reporting that reveals the long reach of grief.

Staff of The New York Times:For courageous and relentless reporting that exposed the vast civilian toll of U.S.-led airstrikes, challenging official accounts of American military engagements in Iraq, Syria and Afghanistan. (Moved by the Board from the Public Service category, where it was also nominated.)