Singer Sona Mohapatra has come out in the open to support Aamir Khan’s daughter Ira Khan after the latter faced widespread condemnation for celebrating her birthday wearing a bikini. Social media platforms had exploded in anger after Ira was seen celebrating her birthday wearing a bikini in the presence of her parents Aamir Khan and the latter’s first wife, Reena Dutta. 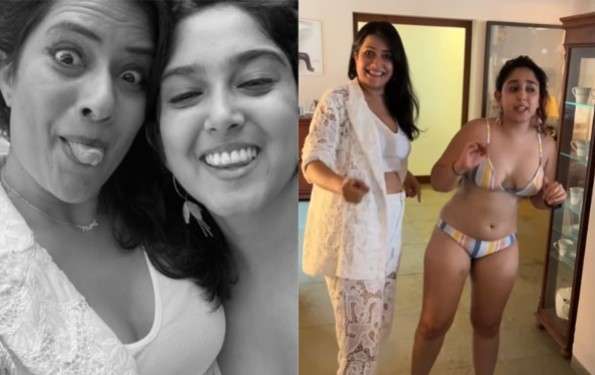 “All the people outraging about Ira Khan’s choice of birthday attire or linking it to what #AamirKhan said, did or didn’t in the past, please note; she is 25, free-thinking adult woman, is exercising her life choices. Doesn’t need her Dad’s approval or yours. Buzz off. Shove your politics where the.. Don’t shine,” Sona wrote on Instagram.

Sona posted a musical compilation of photos from Ira’s birthday bash where the singer was seen having a blast with Aamir Khan’s daughter. Sharing the video, Sona wrote, “Zero Filter wala happy always kutty @khan.ira ! .. #me showing up in a pant suit for your #pool #party isn’t funnier than your dead b@b? jokes ????
#Love always
Today & forever ❣️”

Ira had shared a series of photos of her poolside birthday party where she was seen cutting the birthday cake in a bikini even as her parents looked on.

Ira had faced widespread condemnation for her decision to celebrate her birthday wearing a bikini. The criticism came mostly from the supporters of the BJP. Aamir had criticised the Modi government in the past for the growing religious intolerance in the country.