South Africa wicketkeeper-batsman Quinton de Kock has stunned the cricket world by announcing his retirement from Test cricket with immediate effect after his team faced a crushing defeat at the hands of India at the Centurion cricket ground. The cricketer said that he was retiring midway through the series to spend time with his family. 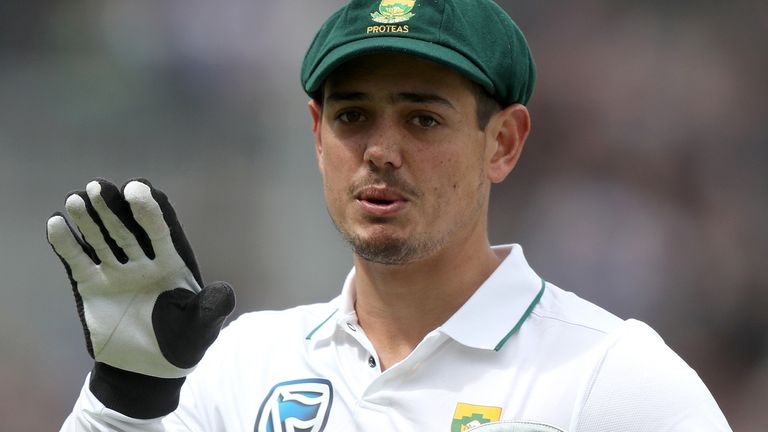 De Cock and his wife Sasha are expecting the couple’s first baby. The cricketer said, “This is not a decision that I have come to very easily.”

He added, “My family is everything to me and I want to have the time and space to be able to be with them during this new and exciting chapter of our lives.”

“I love Test cricket and I love representing my country and all that it comes with.”

He continued, “I’ve enjoyed the ups and the downs, the celebrations and even the disappointments, but now I’ve found something that I love even more. I’m fully committed to white-ball cricket and representing my country to the best of my ability for the foreseeable future.

Cricket South Africa Acting CEO, Pholetsi Moseki, said that it was ‘sad to lose a player of Quinton’s calibre at what we still see as the prime of his career and relatively young life, but family, as we all say here at CSA, is everything.’ “He has been a loyal and proud servant of the Proteas team for the last seven years and we are glad that we have not lost him from the game entirely,” Moseki said.

De Cock had courted controversy in October this year when he refused to take the knee in solidarity with the Black Lives Matter movement. He was dropped from the side and returned to play only after he issued a public apology.