BCCI President Sourav Ganguly and former India batsman Sachin Tendulkar found themselves at the receiving end of criticism from Virat Kohli fans after the Indian cricket team created history in South Africa. The Kohli-led team became the first Indian side to breach the Centurion fortress as they inflicted a 113-run defeat on South Africa. 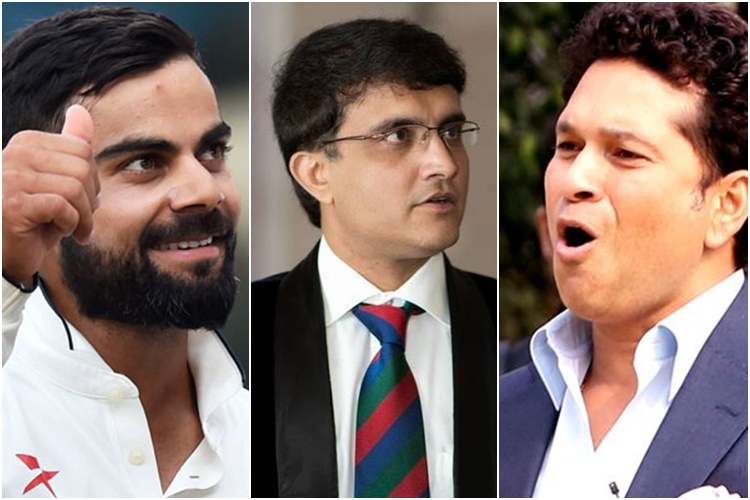 Reacting to India’s impressive win, Sourav Ganguly tweeted, “Great victory for Team India ..not surprised by the result at all…will be a hard team to beat this series..South africa will have to play out of their skins to do that ..enjoy the new year @bcci.”

Great victory for Team India ..not surprised by the result at all…will be a hard team to beat this series..South africa will have to play out of their skins to do that ..enjoy the new year @bcci

Little did Ganguly, who’s currently admitted to a Kolkata hospital after testing positive for coronavirus, realise that his congratulatory note will irk die-hard fans of Virat Kohli. One fan wrote, “Leave BCCI and Kohli alone. No need of your politics.” Another asked why Ganguly had not mentioned Kohli in his congratulatory tweet. “Where is the mention of the captain yahan toh rift pakka hai,” the user wrote. One fan took a dig at Ganguly and asked, “Sir u forgot to tag jayshah.”

Jay Shah, the son of veteran BJP leader and India’s home minister Amit Shah, is the secretary of the BCCI. Many believe that Ganguly has dented his credibility by allowing himself to be a yes man of Shah, who has no credentials to be the secretary of the Indian cricket board except that he was a son of a power BJP politician in India.

Elsewhere, Tendulkar tweeted, “Superb bowling by an attack that can pick 20 wickets in a Test match anywhere in the world. Congratulations to #TeamIndia on a convincing victory! #SAvIND.”

Superb bowling by an attack that can pick 20 wickets in a Test match anywhere in the world.
Congratulations to #TeamIndia on a convincing victory!#SAvIND pic.twitter.com/2TGI41kH7B

But his tweet left Indian cricket fans divided as they clashed arguing over the greatness of Tendulkar and Kohli. One wrote, “100 centuries is something no one will ever achieve. That should be crystal clear by now to the fans of a certain fraud.” One of Kohli fans replied, “Will have to play for 24 years and 200 test matches by picking and choosing series… Isn’t it?”

South Africa have only lost two of the 26 Tests played at the Centurion cricket ground. The team under Kohli became the only Indian team to achieve the feat. If India go on to win the current series, this will be first time they will win a Test series in South Africa.