The trouble for Hindutva terrorist Kalicharan increased manifold on Thursday after the Chhattisgarh Police slapped him with the sedition charge for abusing Mahatma Gandhi and glorifying Nathuram Godse, independent India’s first terrorist. 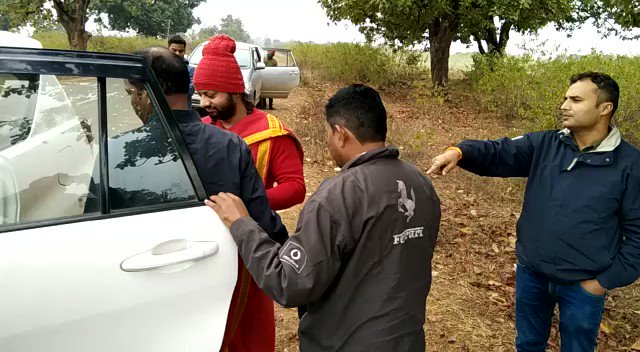 Fearing arrest, Kalicharan had taken refuge in BJP-ruled Madhya Pradesh where he booked himself in a hotel in Khajuraho but did not stay there to mislead the cops from Chhattisgarh. Instead, he was living at a rented accommodation about 25 kms from Khajuraho.

Chhatarpur superintendent of police Sachin Sharma said that the hatemonger was living in a rented room in Bageshwar Dham, 25km from Khajuraho. He said, “He booked a room in a guest house in Khajuraho by hiding his identity. When he reached there on Thursday morning, he was arrested by Chhattisgarh police.”

His arrest had left Madhya Pradesh Home Minister Narottam Mishra seething as he accused the Chhattisgarh government of breaking the protocol. To which, Chhattisgarh Chief Minister Bhupesh Baghel had asked Mishra to explain if he was happy or sad over the arrest of Kalicharan, who abused Mahatma Gandhi.