Rishabh Pant on Friday hit a sparkling century to rescue the Indian innings along with Ravindra Jadeja, who ended the day unbeaten at 83. Pant made 146 from just 11 balls with his knock including four sixes and 19 fours. He added 222 runs for the sixth wicket with Jadeja. India finished the rain-affected first day’s play at 338-7. 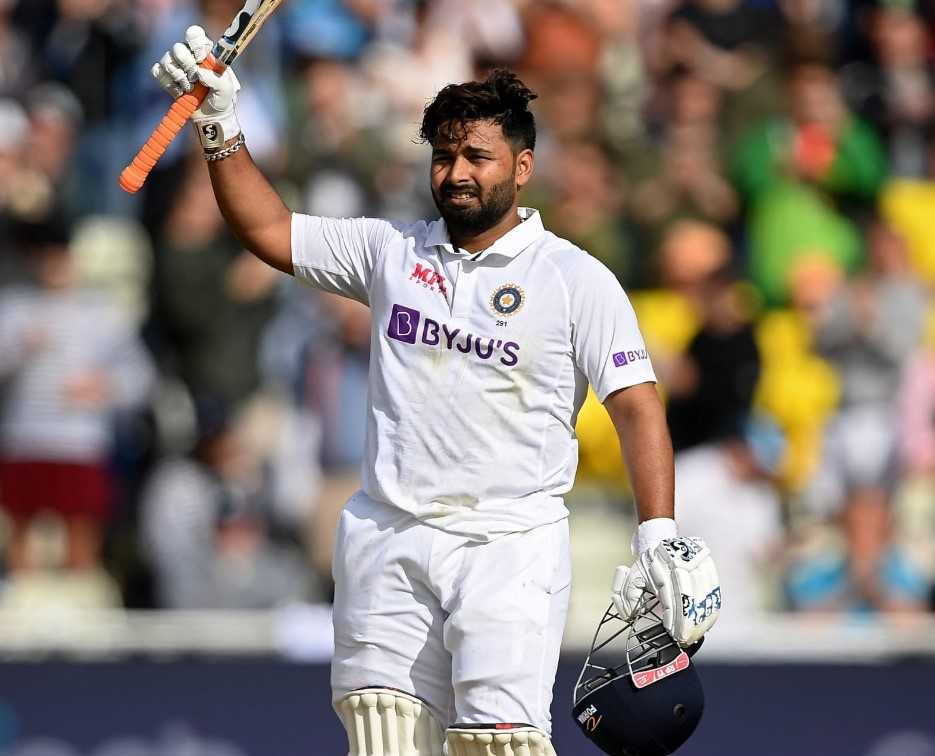 India started the Edgbaston Test on a disappointing note as they lost top five batsmen for just 98. Shubman Gill made just 17, Cheteswar Pujara was out for 11, while former India skipper Virat Kohli too could only make 11. Hanuma Vihari and Shreyas Iyer contributed with 20 and 15 respectively.

Just when it looked that India would be dismissed cheaply, Pant began to play his aggressive game. He was nicely supported by Jadeja, who focussed on defending his wicket.

Speaking about his century knock, Pant told BBC, “When I’m batting, I’m clear in my head. I just think about one ball at a time.

“The game is pretty balanced right now. They bowled well at the start but we batted well to come back. As long as we get 400 or 450, it will be a good total.”

England have come to Edgbaston after whitewashing New Zealand in the just-concluded three-match Test series. One of the reasons for England’s impressive showing in their series against New Zealand was their batsmen’s ability to score aggressively against the Kiwis. They score more than four-run an over in almost every inning. It seems India have decided to take a leaf of the England book by scoring freely against the hosts.