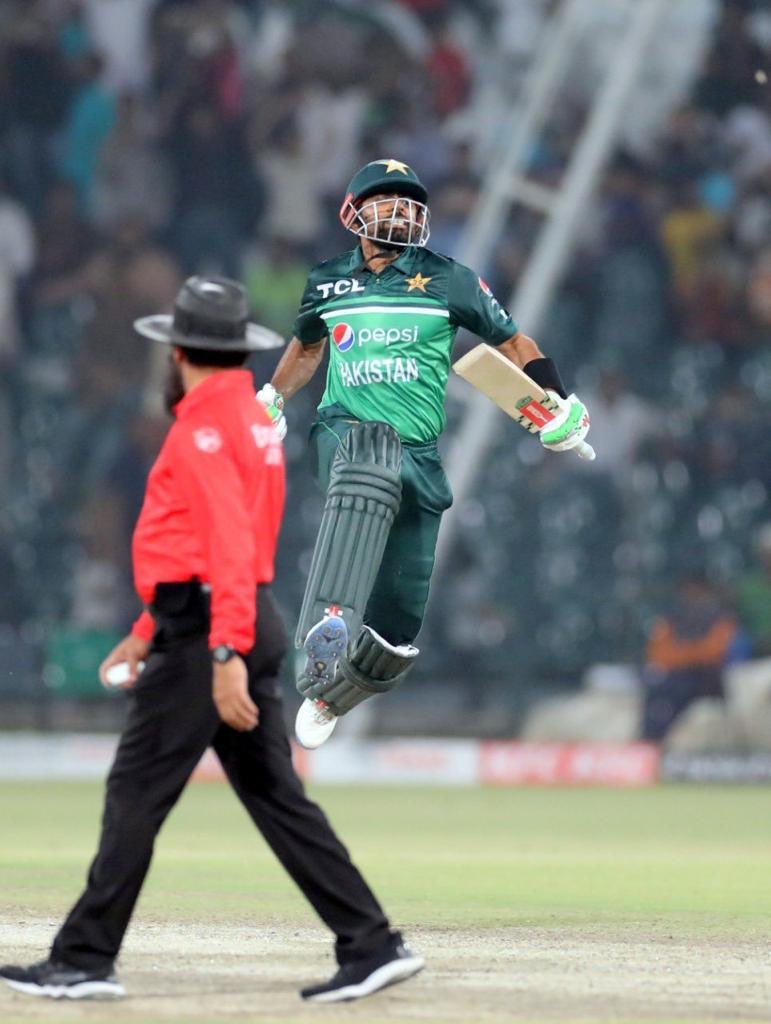 Azam had played an impressive knock of 114 in the second ODI. On Saturday, he played another unbeaten knock of 105 as Pakistan won the match by nine wickets.

The century against Australia on Saturday was Azam’s 16th ton in 84 innings. This means that he beat the previous record held by Hashim Amla, who scored 16 centurues in 94 innings.

Former India cricketer Mohammed Kaif tweeted, “Babar has skills, technique and jigar. The perfect mix when you are chasing a big total. ⁦⁦@babarazam258.”

Azam’s teammate and fast bowler, Shaheen Shah Afridi, said, “Remarkable series win! ? What heroic display by Kaptaan @babarazam258 and #ImamulHaq and every individual played his part in making history. Crowd was buzzing as usual! ⚡ Also, #RamzanMubarak to everyone. Do remember us in your prayers as well! ❤️.”

A reminder that @ImamUlHaq12 and @babarazam258 are both averaging 50+ in ODIs. Long may this continue!

Time for us to celebrate this amazing achievement and a fantastic series win! ??

The Artist has exhibited his true class and now tops this list. Sensational stuff from @babarazam258 this series. Extraordinary to witness.#PAKvAUS pic.twitter.com/ySz7IqWFCN

We were able to make history after 20+ years, Masha'Allah. What a performance from the whole team especially Kaptaan @babarazam258, @ImamulHaq12, @iShaheenAfridi and @HarisRauf14. The crowd was amazing too. Thanks everyone and keep on supporting!#PakistanZindabad pic.twitter.com/fcaA7WEfXZ