Opposition Congress and cricket fans have reacted angrily after it was revealed that the newly constructed cricket stadium in Ahmedabad had been named after Prime Minister Narendra Modi. The Congress, in particular, said that removing Sardar Ballabhbhai Patel and calling it Narendra Modi Stadium was an insult to the first home minister of India. Congress Amit Chavda said that Gujaratis would not tolerate the insult meted out to Sardar Patel. 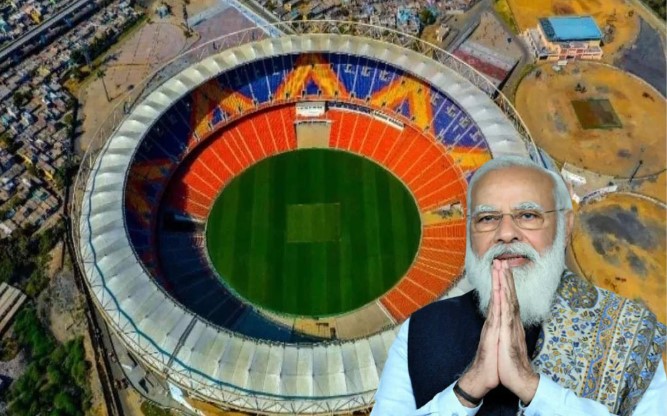 Chavda wrote, “The Ahmedabad cricket stadium was associated with Sardar sahab during the Congress era. This has now been changed to Narendra Modi Stadium. Gujaratis will not tolerate this audacity. Not just Sardar sahab, this is an insult to the whole of Gujarat. The BJP is hell-bent on wiping off the history in their arrogance of power.”

Here are some other notable reactions against the move to name the stadium after Modi. This is perhaps the first time a sporting complex is being named after a living politician.

What a fucking self serving narcissistic wanker.

Modi used Sardar Vallabhai Patel’s name for votes. Now there can’t be a bigger insult to #SardarPatel than the #SardarPatelStadium at Motera, Ahmedabad also known as #MoteraCricketStadium, has been renamed by Megalomaniac #Modi as Narendra Modi Stadium. Height of narcissism! pic.twitter.com/reF46lLzP9

Heights of Narcissism. This must be the first case in the world where a living person has named a public property after his own name. Megalomaniac!

Motera’s new stadium is hosting the third Test between India and England.