New Zealand crushes India’s dreams to reach the World Cup final by inflicting an 18-run defeat at the Old Trafford in Manchester. 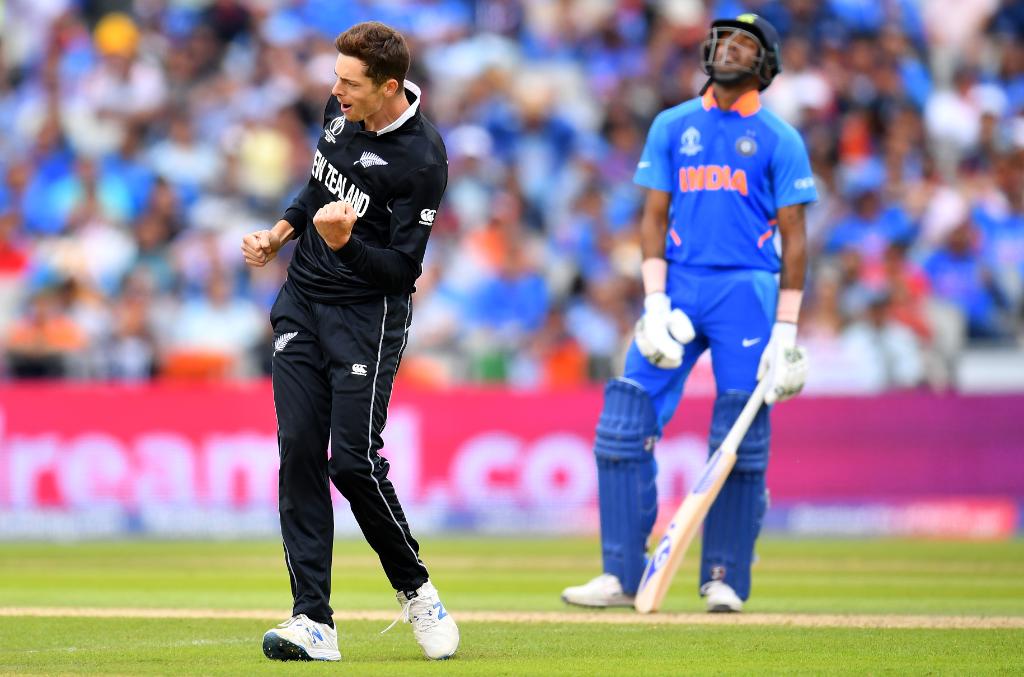 India’s start was a disastrous one as the top three batsmen scored just one run each as the men in blue were reduced to 5/1 in 3.1 overs. This included the competition’s highest scorer Rohit Sharma, KL Rahul and skipper Virat Kohli, all of whom have been in great touch with the bat up until now.

Rishabh Pant provided some hope with Hardik Pandya but when both departed after scoring 32 runs each, India found themselves in a real spot of bother with the side reeling under 92 for six in 30.2 overs.

Ravindra Jadeja and experienced Mahendra Singh Dhoni batted brilliantly with the former scoring his first fifty of this World Cup. He justified his inclusion in the side as the eighth batsman at the cost of in-form Mohammed Shami, whose exclusion had baffled experts.

Together Jadeja and Dhoni added 116 runs for the seventh wicket partnership. Jadeja was also very impressive in the field during the New Zealand innings as he got run out by Ross Taylor with a direct hit before catching Latham expertly on the boundary in the space of two balls. But when he got out at 77 in 59 balls, India’s last hope was over. He was caught by New Zealand skipper Kane Williamson off Trent Boult’s bowling.

Dhoni did his best by accelerating the required run-rate after Jadeja’s departure, but he was unlucky to have run himself out for 50 in the face of sharp fielding by Martin Guptill.

Earlier, when the match resumed on the second day, New Zealand added 28 more runs in the last four overs setting a target of 240 for Indians. Ross Taylor was the top-scorer with 74 runs while New Zealand captain Kane Williamson played an important knock of 67 runs.

The match had to be called off on Tuesday due to rain. Wednesday was kept as the reserve day in the event that downpour disrupted the match.

Matt Henry was adjudged man of the match for his spell of 3/37.

Today’s winner will play England or Australia in the final at Lord’s on 14 July.