India’s hitman Rohit Sharma on Saturday hit another Test century against South Africa in Ranchi as he completed 2,000 runs in the longer format of the game. Sharma’s century helped India rebuild their innings after three of their top batsmen namely Mayank Agarwal, Cheteshwar Pujara and Virat Kohli had departed when the team’s total was just 39. 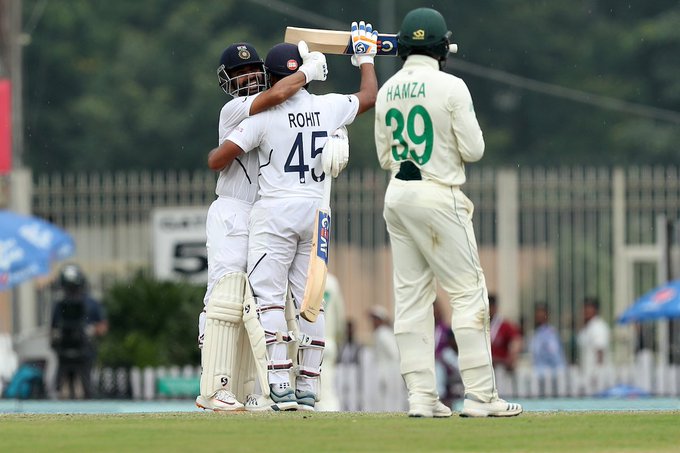 Rohit Sharma’s century included 14 boundaries and four huge sixes. He found plenty of support from Ajinkya Rahane with the two adding 150 runs for the fourth wicket. Sharma also became only the second Indian player after Sunil Gavaskar to score three or more hundreds in one Test series.

Rahane went on to score his fifty. At the time of the game being called off due to poor light, India were 224/3 with Sharma and Rahane batting at 117 and 83 respectively.

India have already won the series and currently lead the three-match series 2-0. On Saturday, Shahbaz Nadeem made his Test debut after being asked to replace injured Kuldeep Yadav.

Shahbaz has been a consistent performer for Jharkahnd in the domestic games and claimed more than 50 wickets in two seasons in a row.