The Bigg Boss show on Friday night saw Siddharth Shukla threaten to punch Siddharth Dey after Aarti Singh revealed that the latter had used objectionable words outraging her modesty. The temper rose so high that Aarti even invoked her brother Krushna Abhishek and said that she was told to slap anyone who would outrage her modesty inside the reality show. This made Dey immediately apologise to Aarti. 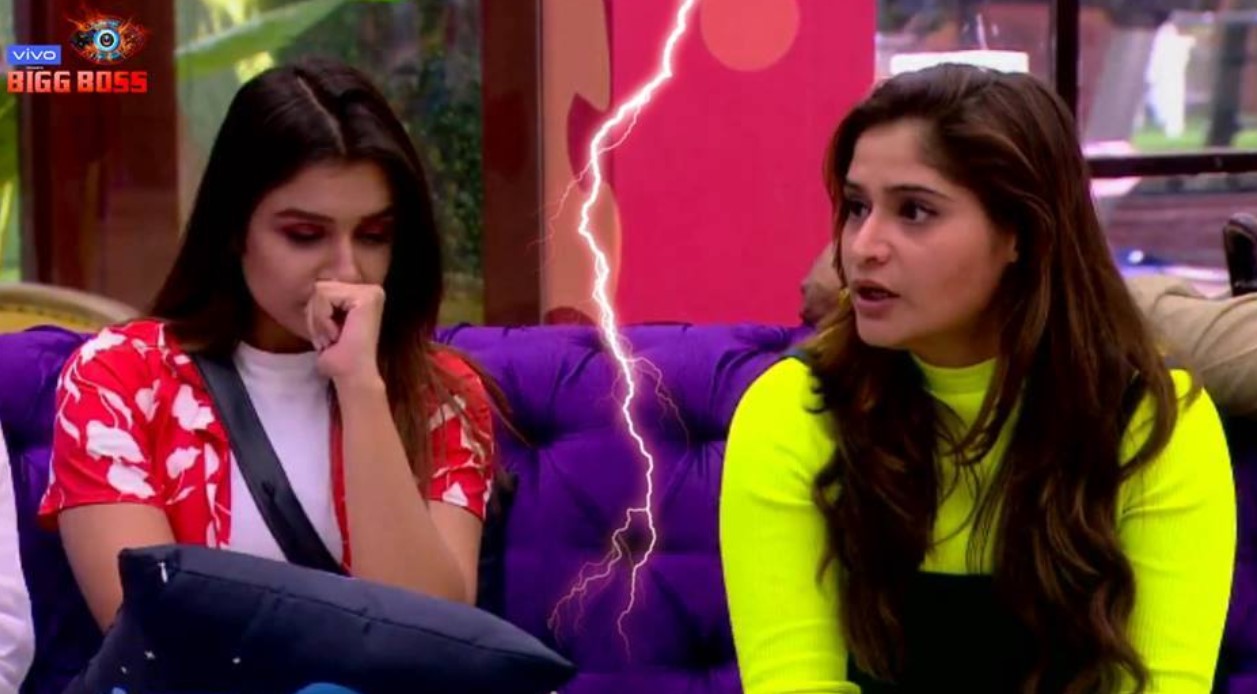 The fight started with Aarti revealing how Siddharth Dey had told her that he did not need sheelajit (herb to boost sexual desire) after he felt her touch. This prompted a visibly angry Siddharth Shukla to charge at Siddharth Dey and warn that he would punch his face the next time he repeated such disgusting words. He also told Siddharth Dey that he should use such ‘gutter’ language to those, who enjoyed such comments but not Aarti.

This angered Rashami Desai and Shefali Bagga who felt that Siddharth Shukla was questioning their character.

Aarti Singh’s meltdown in the house made her trend on Twitter, where social media users appeared to be rallying behind her while expressing their disgust for Paras Chhabra, Siddharth Dey and Rashami Desai.

Such a gutterchap and idiot person n now no girls are raising their voice against him just because he is there in their team . Such hypocrisy.#Arti gave right back to that loser ,#BiggBoss

#ArtiSingh didnt even do nything 10% of what those 3 inhumane bahu gangs are doin to #Abu n #AsimRiaz still mahira and Rashmi were stopping arti like seriously?

And sick #RashmiDogli knows Wat #ParASS said, as #ArtiSingh shared it with her the same day.
But now #RashmiDogli not ready to reveal!
This #RashmiDogli pathetic lady stooping low.#BiggBoss #BiggBoss13

Glad to see #SidharthShukla taking stand for #ArtiSingh against that gutter mouth #SiddharthDey#RashmiDesai is another level of gutter came 4 footage, being a girl she can’t take stand against someone for a girl but she started unnecessarily figthing with
arti. #bb13 #BiggBoss

Aarti also revealed that Paras was only using Shehnaaz Gill to get Mahira Sharma. This, according to her, was confessed to her by Paras himself. Paras denied but Mahira and Shehnaaz were visibly incensed with this revelation.

Rashami was also seen plotting with Paras to provoke Siddharth in the days to come. Paras advised her to start crying so that Siddharth Shukla loses his cool.

On Saturday, Salman Khan will host Weekend Ka Vaar. This will will see two more contestants leave the house.