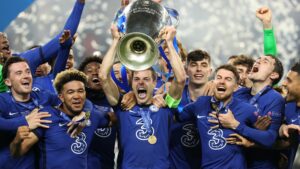 Chelsea are the European champions and have been rocked by the financial sanctions imposed against its Russian billionaire owner Roman Abramovich.

The winner of the Chelsea v Real Madrid tie will face Atletico Madrid or Manchester City, while Benfica or Liverpool will take on either Villarreal or Bayern Munich.

The two semi-finals, also to be played in two legs (home and away), will take place on 26-27 April and 3-4 May. The final of this year’s Champions League will be played in France on 28 May. Earlier, Russia was scheduled to host the final, but it was stripped of the rights to host the biggest match of the Champions League after President Vladimir Putin invaded Ukraine.