Australia on Sunday beat England by 185 runs on a tense final evening of the fourth test match at Old Trafford in Manchester. 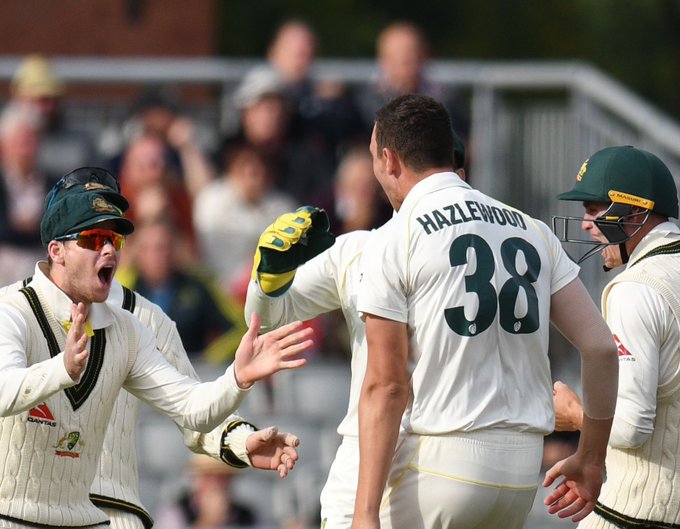 The defeat meant that Australia will retain the Ashes trophy since England needed to defeat the Aussies to wrest the urn back. The visitors are currently leading the bilateral series 2-1 with one more Test to go.

Pat Cummins was the most successful bowler with 4-43. Josh Hazlewood, who took the last English wicket of Overton finished the second innings with 2-23.

Overton and Jack Leach survived 24 overs together to score 23 runs. England needed to survive 14 more overs to pull off a draw but Hazlewood was simply too good with his menacing attack.

The hero of the Australia’s win was Steve Smith, who scored a double century in the first innings before scoring 82 in the second innings. He told Sky Sports after the match, “It feels amazing to know the urn is coming home. I’ve been here a few times when things haven’t gone our way. This was always one to tick off my bucket list. It’s extremely satisfying. We thought we would get our eight chances. I thought Overton was exceptional but fortunately the boys got the job done.

“I am incredibly proud of how I have performed and what I have helped the team achieve.”

Former England captain and commentator Geoffrey Boycott said that the score in the series should have been 3-0. “Australia should have won at Headingley excerpt for Ben Stokes playing marvelously. Australia have been the better team,” Boycott said.