Police in Haryana say that a head constable deputed for Prime Minister’s election rally in Rohtak on Sunday was found murdered at his home on Saturday night. According to news agency PTI, Head Constable Pradeep, who was meant to be on duty for Modi’s rally on Sunday, had a fight with someone, who hit him in the head with a bottle. 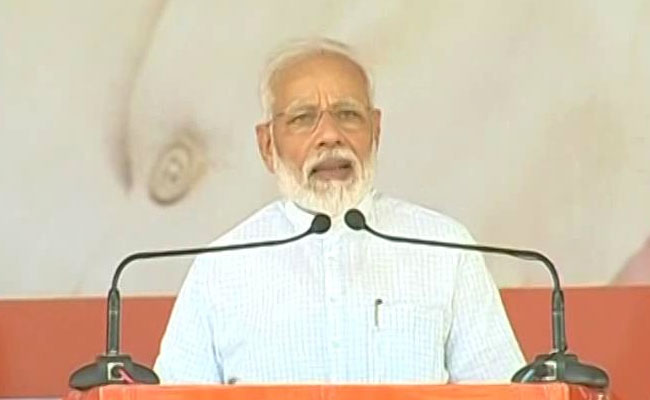 “Forensic experts were called for collecting samples from the crime scene and facts are being ascertained,” a police official was quoted by PTI.

Meanwhile, PM Modi on Sunday kicked off the assembly poll campaign in Rohtak with a huge rally, where he said that he was confident of his party’s win in this year’s polls. “It is clear whom Haryana will bless in the coming days,” Modi told the rally.

The BJP had won all 10 Lok Sabha seats in the state in this year’s general elections. Modi said that his party securing 55% vote in the Lok Sabha polls was a sign of people’s support and trust. He said that the support given to his party in the parliamentary polls had exceeded his own expectations.

Five years ago, the BJP had won a decisive majority in the state as they wrested the power from the Congress. Manohar Lal Khattar was made the new chief minister. Modi took a dig the Congress for its dismal performance in the general elections as he said, “Some people can’t understand. They are so disappointed by their defeat in elections.”

The selection of Rohtak to hold what was billed as Vijay Sankalp rally was keeping in mind the region’s identity as a stronghold of former Congress chief minister Bhupinder Singh Hooda.

Assembly polls in Haryana are scheduled to be held in October this year. The BJP has said that it will increase its tally to at least 70 in the 90-member assembly. In 2014, the saffron party had won 48 seats.