In an unusual development, Chief Justice of India SA Bobde on Thursday pulled up the Centre’s Narendra Modi government for a shoddy affidavit on a plea seeking action against the Indian media for communalising the COVID-19 pandemic. CJI Bobde warned the government’s legal officer, Solicitor General Tushar Mehta, for flippancy shown to India’s top court. 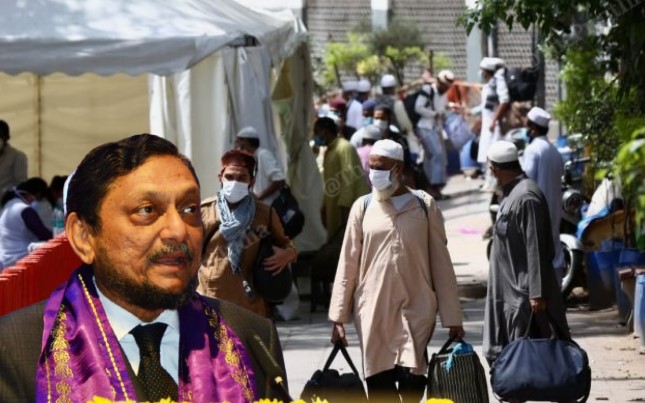 CJI Bobde, according to Livelaw, told Mehta, “We must tell you Mr. Mehta, you cannot treat the Court the way you are treating it in this case. You have filed an affidavit by a Junior Officer. We find it extremely evasive and mentions nothing about bad reporting. How can you say theres no incident?”

A visibly shaken Mehta told the court that he will file a fresh affidavit in the matter. To which, CJI Bobde said that the department’s secretary ‘must file an affidavit on record and he must point out what he says regarding these incidents.’ “We also want all acts under which you have exercised similar powers in the past”, the CJI added.

#CJI to SG Tushar Mehta: We must tell you Mr. Mehta, you cannot treat the Court the way you are treating it in this case. You have filed an affidavit by a Junior Officer. We find it extremely evasive and mentions nothing about bad reporting. How can you say theres no incident?

The case will now come up for hearing in two weeks time.

Jamiat Ulema-e-Hind has approached the Supreme Court alleging Islamophobia spread by the Indian media during its coverage of the COVID-19 pandemic related to the meeting at the Tablighi Jamaat headquarters in March this year.

Indian TV channels, often dubbed as the lapdog media, had unleashed an unprecedented attack on the Muslim community by holding them responsible for spreading the virus. Delhi Chief Minister Arvind Kejriwal had wasted no time in including a separate ‘markaz’ category to give out the number of people associated with the Tablighi Jamaat, who had tested positive for COVID-19.

This brazen Islamophobia had left India’s civil society incensed, but TV channels were allowed to carry on with it. The media coverage coupled with action by leaders such as Kejriwal had a crippling impact on poor Muslims, who faced physical assaults and boycott when they attempted to sell their goods in Hindu-dominated neighbourhoods.