Laura Kuenssberg has penned down her last article as the BBS’s Political Editor reflecting on her high-profile role spanning six years. She concluded with scathing observations saying that ‘rule breakers have prospered, for now, and stability has gone out of fashion.’ 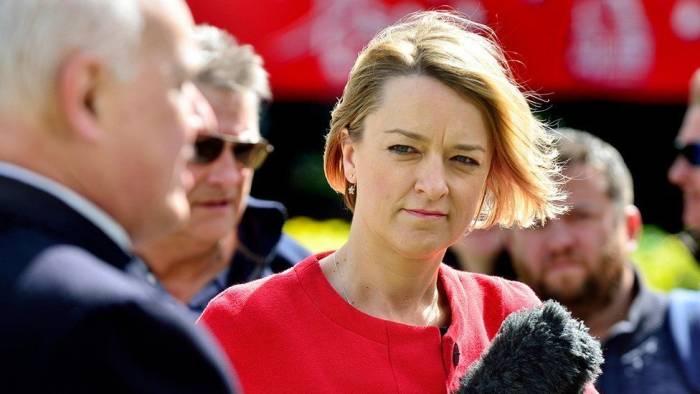 Laura, who will be taking over as the host of BBC’s high-profile weekly show currently presented by Andrew Marr, wrote, “Technology has allowed toxicity to spread more easily into our debates. The country made a big constitutional decision that stunned the political establishment, but the effects of which are yet to be fully understood. Rule breakers have prospered, for now, and stability has gone out of fashion.”

She continued, “The one lesson to take from a dizzying time, perhaps, is that relying on conventional wisdom is a fool’s game. A heartfelt thank you for following the extraordinary events of the past seven years along with me. And there’ll be more to come, from a different chair, in a few months’ time.”

Laura was appointed BBC’s Political Editor in 2016, becoming the first woman to hold the position. She often earned plaudits for her incisive analysis of the political developments in the UK. She also found herself at the centre of netizens’ ire who questioned her objectivity. But the constant trolling did not appear to adversely impact her reporting.

In her ‘last’ exhaustive piece as BBC’s Political Editor, Laura wrote, “This won’t be the last article I write, but it will be the last one in my job as the BBC’s political editor. Before I move on, I’ve been trying to piece together some of the seismic events that have taken place – the Brexit referendum, the pandemic, Jeremy Corbyn’s stormy leadership of the Labour Party, three different prime ministers.

“It was an extraordinary period, and to help make sense of some of it, I’ve been comparing notes with five politicians, all of whom were, in one way or another, central to the political battles that went on.”