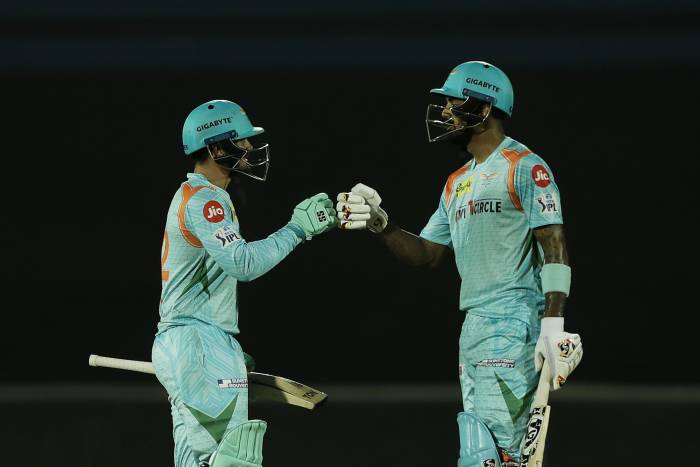 Batting first, Chennai Super Kings had put up a huge total of 210-7 in 20 overs. Robin Uthappa made 27-ball 50 runs, while Shivam Dube took 29 balls to score 49 runs and was unlucky to miss out on a fifty. Moeen Ali also made a quickfire 35 runs.

Lucknow began their chase on a promising note and never looked out of contention even after losing three wickets. This was because skipper KL Rahul and De Kock added 99 runs in 10.2 overs for the opening wicket. De Kock went on to score 61 runs in 45 balls, but Evin Lewis made sure that there was no let-off even after the South African’s departure.

Lewis remained unbeaten at 55 that he scored by facing just 23 balls. KL Rahul’s side needed 40 runs in 16 balls when Deepak Hooda was out. However, Hooda’s replacement Ayush Badoni left everyone awestruck with his hard-hitting. He took nine balls to score 19 runs as he scripted his side’s unbelievable victory only in his-ever IPL match of his career.

Reacting to his side’s second successive defeat, CSK skipper Ravindra Jadeja said after the match, “We had a very good start, Robbie and Shivam Dube were playing brilliantly. We had a good start with the ball as well, but on the field, we have to take catches to win matches. There was a lot of dew and the ball wasn’t sticking to the hand. The wicket was very good to bat on. As a bowling unit, we need to execute our plans.”

Rahul, for his part, said, “Bishnoi has a big heart and he is a fighter for a young boy, it shows his character to bounce back with the wet ball. He is someone who wants to grow and learn and spends time with the spin coach. Ayush’s batting has been phenomenal. Great find for Indian cricket. We got the start we wanted for a big chase. I told Lewis before the first game that he will be batting at three, spinners or fast bowlers he knows only one way. Great to see players coming in and winning games. Puts a smile on the captain’s face.”

Lewis, who was declared Player Of The Match, said, “Very good pitch, and once you get in you can score freely. I just backed my strengths and ability. I just try to keep it simple and want to do the best for the team.”