England on Monday completed the whitewash of World Test Champions New Zealand by defeating the visitors in the Headingley Test. The 7-wicket win against New Zealand in Headingley gave England a 3-0 win the series. 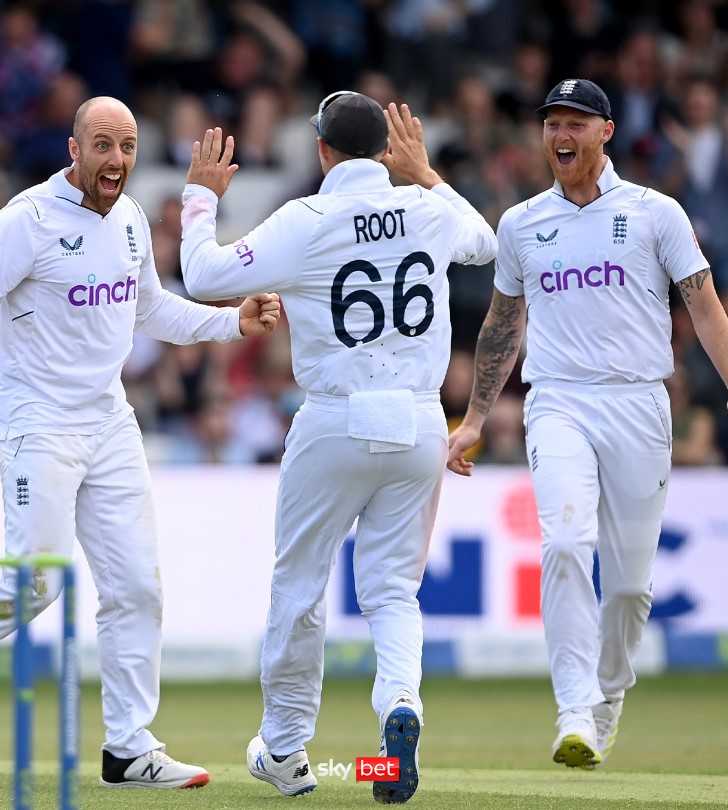 Chasing 296 runs to win, England achieved the target by losing just three wickets in 55 overs. Joe Root was unbeaten at 85 from 125 balls and Jonny Bairstow remained not out at 71 44 balls.

Bairstow also scored the second-fastest fifty in a Test match as an English player after Ian Botham.

This is the new-look England team with coach Brandon McCullum as the head coach and Ben Stokes in the captain’s role.

England needed to score 113 runs when the match resumed on Monday. The hosts achieved the target in just 15.2 overs.

The highlight of the match was Jack Leach taking 10 wickets, five wickets in each innings. Leach was declared Player Of The Match for his 10-wicket haul.

Joe Root was declared Player Of The Series for scoring 396 runs at an average of 99 including two centuries in the series.

“I actually think this is the start of something special with this Test side, I genuinely do. It is going to be very entertaining with Ben Stokes and Baz McCullum.”