The CBI has arrested Lalu Prasad’s aide Bhola Yadav in connection with the ‘land-for-jobs’ scam in the railways when the former was the railway minister in the UPA government between 2005 and 2009. This coincided with CBI raids on multiple locations linked to Bhola Yadav in Darbhanga and Patna on Wednesday. 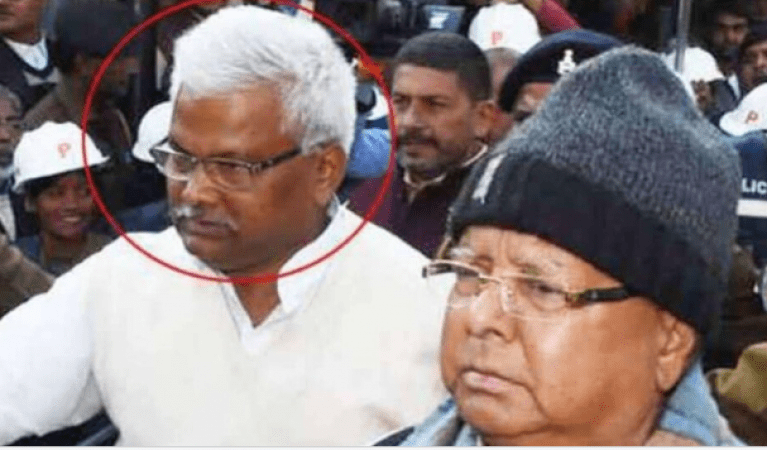 Bhola worked as the Officer on Special Duty to Lalu Yadav when the latter was India’s railway minister.

Bhola is facing allegations of facilitating railway jobs in exchange for lands belonging to aspirants in Patna. He later contested assembly polls in 2015 and won from Bahadurpur seat in Darbhanga on the RJD ticket.

In 2020, he changed his seat to Hayaghat but lost the polls.

The CBI filed a case in May this year against Lalu Yadav, his wife Rabri Devi and daughters Misa Bharti and Hema Yadav. The federal probe agency also booked at least 12 people, who were offered railway jobs in Mumbai, Jabalpur, Kolkata, Jaipur and Hajipur.

The FIR, according to news agency PTI, states, “The current value of the above said seven parcels of land, including the land acquired through gift deeds, as per the existing circle rate is about Rs 4.39 crore…. Enquiry has revealed that the parcel of land, which was directly purchased by the family members of Lalu Prasad Yadav from the sellers, was purchased at lower rates than the prevailing circle rates.”

The RJD has accused the CBI of conducting raids at the behest of the BJP, which rules the government at the Centre.