The second round of Tory leadership debate between Rishi Sunak and Liz Truss had to be stopped midway as the presenter, Kate McCann, collapsed. Kate fainted just when Truss was busy making her point. 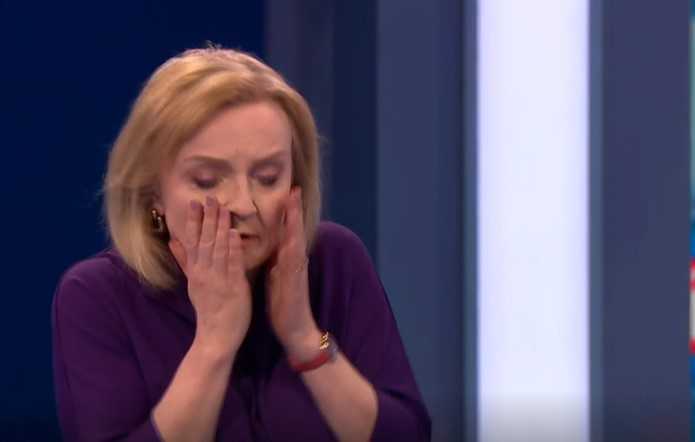 The first round of the debate was held on the BBC on Monday night when both Sunak and Truss accused each other over their tax policies.

Two Conservative leaders were facing each other on Talk TV when the show’s host, Kate McCann, collapsed, leaving the show’s audience stunned.

McCann was meant to moderate the debate with Harry Cole, The Sun’s political editor, but the latter tested positive just before the debate. 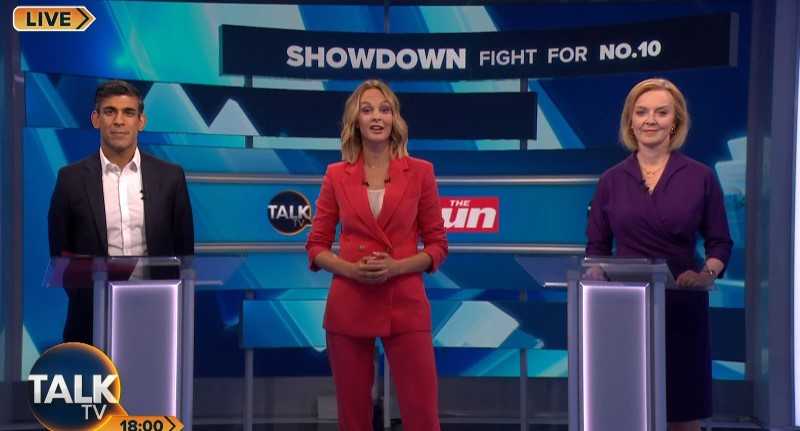 Cole tweeted, “Was incredibly excited for tonight’s @TheSun Showdown but disaster strikes. Covid finally got me for the first time with spectacularly bad timing. Gutted to miss it but @KateEMcCann and co will ace it with the brilliant @TalkTV crew. And good luck @RishiSunak and @trussliz.”

Reacting to Cole’s coronavirus news, McCann had tweeted, “Gutted not to be hosting with my partner in crime this evening, we’ll miss you @MrHarryCole. BUT while he may not be in the room tonight we’ve thrashed out the Qs together and we’ve got a great debate in store. Tune in at 6pm on @TalkTV.”

Why Did Kate McCann Collapse?

Truss was making her point as she said, “He’s (Vladimir Putin) not going to stop that. He’s going to challenge the freedom and democracy..” This was when the loud noise of McCann falling down was heard, leaving Truss shocked.

Truss held her face in shock before gasping, “Oh my God.” The British Foreign Secretary then walked towards McCann.

The transmission stopped with Talk TV flashing a message that read, “We’re sorry for the disruption to this programme.”

Presenter Ian Collins said that there was a medical issue without specifying what caused McCann to collapse.