Former India batsman Sachin Tendulkar has revealed how Virat Kohli once gave away his precious gift to him when he was in tears reflecting on the prospect of never playing for India. 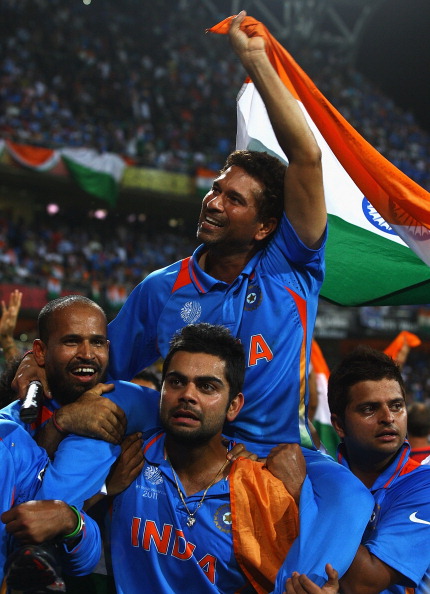 Speaking to American journalist Graham Bensinger on the latter’s YouTube channel, Tendulkar said, “Oh, I still remember it. I had just returned to the change room and I was in tears. Till then, I knew that yes, I am going to retire but when that ball was done, I said to myself… ‘Ok, that’s it. Never ever in your life you will walk out on the field as an international player for India’.”

He added, “So I was sitting in one corner alone, with towel on my head. (I was) wiping tears and I was really emotional. At that time, Virat had come to me and Virat gave me the sacred thread that his father had given him,” Tendulkar told

Tendulkar went on to add that he later returned that gift to Kohli given its emotional significance to the former India captain. “Kept that for a while and then returned that to him again. I said this is priceless and this has to stay with you and no one else. This is your property and you should have it till your last breath and I gave it back to him. So it was an emotional moment, something that will always be there in my memory,” Tendulkar said.

Recalling that incident, Kohli had said on the same YouTube channel, “We usually wear threads around our wrists. In India, a lot of people do. So my father gave one to me which he used to have. So I used to keep that in my bag. And then I thought this is the most valuable thing I have so it was like ‘my father gave this to me and I couldn’t give you anything more valuable. I just want you to know how much you have inspired me and how much you mean to all of us. This is my little gift to you’.”

Kohli is billed as one of the all-time greats in the world cricket. Many experts believe that he may surpass Tendulkar’s record of 100 centuries in international cricket.

Kohli recently stepped down as the Test captain of India after India lost to South Africa in Test series away from home.