Fans have often drawn comparisons between Sachin Tendulkar and Virat Kohli with many predicting the latter to surpass the 100 international centuries held by the little master. This question was recently posed to Sachin himself when the batting maestro made himself available for an interview with American journalist Graham Bensinger for his YouTube channel. 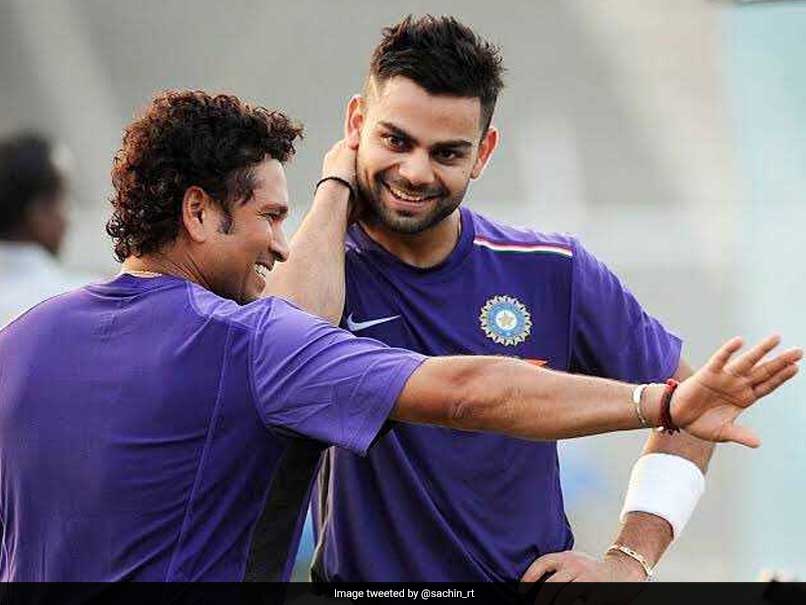 Bensinger asked, “Better cricket player, Sachin or Virat?” Tendulkar replied, “How about having both of us in one team?”

Kohli has repeatedly said how he grew up watching Tendulkar and the former India batsman had a profound impact on his decision to choose cricket as his career. But this has not stopped fans of both the players from comparing them.

Also Read: “Wiping tears and I was…”: Sachin Tendulkar reveals how Virat Kohli’s gesture brought him to tears

Kohli had famously carried Tendulkar on his shoulder inside the stadium after India won the ODI World Cup after a gap of 28 years in 2011. When asked, Kohli had said that his gesture was insignificant given that Tendulkar had carried the hopes of over one billion people on his shoulder for so long.

Talking about his comparison with Tendulkar by fans, Kohli had once told Gaurav Kapur during his interview for Breakfast With Champions, “You can only compare those who are worthy of the comparison. You are comparing me to someone because of whom I started playing cricket in the first place. I stand no chance in terms of skill level. He’s the most complete batsman ever. Then how can you even compare? I’ve always said it’s not fair no him. Because of what he’s given us, he doesn’t deserve to be compared to us. This generation, no chance.”

Both Tendulkar and Kohli have been trending after the former revealed in his interview with the American journalist the former India captain’s gesture had once moved him to tears.