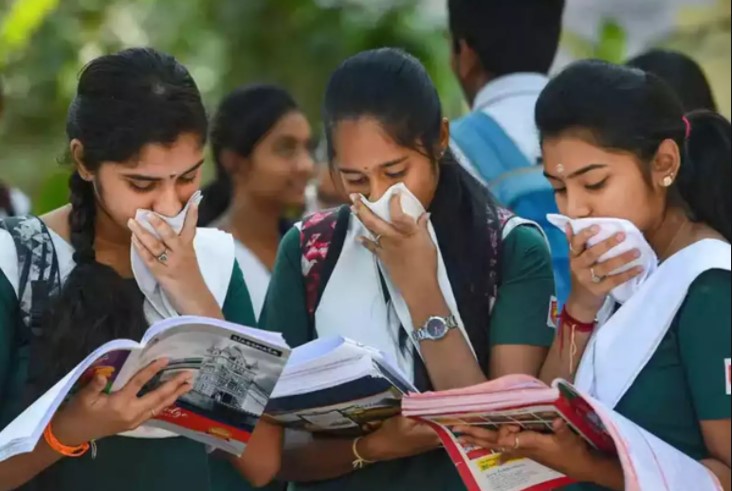 Around 7.45 Lakh students had appeared in the HS exams this year. The exam was held from 2 April to 26 April.

Step 1: Visit the WBCHSE’s official website at wbresults.nic.in
Step 2: On homepage, you will get West Bengal class 12 result download link
Step 3: On the new window, enter the required details and press submit button
Step 4: The WBCHSE Uchcha Madhyamik result 2019 can be downloaded
Step 5: Take a printout for future reference

About West Bengal Board

The Board of Secondary Education was established in 1951 under an Act of the State Legislature called the West Bengal Secondary Education Act of 1950. The Board was inaugurated by the then Governor of West Bengal Dr.K.N.Katju on 3rd May 1951 and the Board started functioning under the Chairmanship of Sri Apurba Kumar Chanda. The basic task before the Board was twofold.

1.To regulate, control and develop secondary education of the State.
2.To conduct the School Final Examination.

Previously this was done by Calcutta University. The Board was subsequently renamed as West Bengal Board of Secondary Education in 1964, under the West Bengal Board of Secondary Education Act 1963. During its long history the Board was superseded by the State Govt. twice. The first instance was from 1954 to 1963 (Bengal Secondary Education (Temporary Provisions) Ordinance 1954) and the second occasion arose from 1978 to 1980. The Board, an autonomous body, in its present look came into existence from January 1964 with Dr. J.C.Sengupta in the Chair.
The operational ambit of the Board has increased manifold over the years. In 1951 the Board started its journey with 1270 high schools taken over from Calcutta University which increased to 2312 by the end of 1963 and to more than 8000 by the, end of 1975 including some schools outside the territorial jurisdiction of the State. Presently the Board is handling around 10238 numbers of schools.

With the increase in the number of recognized schools, the examinees appearing in the Secondary Examination (School Leaving Examination with a general syllabus) have increased. In 1952, the Board handled only 42000 examinees, which increased to more than five lakhs in 1976 and in 2006 this figure jumped to nearly 8 lakhs.

Over the years, the Board has also taken up the publication of text books for different classes as well according approval to books from private authors and publishers for their introduction in different schools including books in Santhali (a tribal language), Nepali and Urdu catering to specific linguistic demands. The research and review of text books are done by panels of independent experts to ensure strict quality control and maintain standard.

To cater to the ever increasing demand, the Board time and again has restructured the syllabi with the help of independent panel of experts(the latest effort in this regard has  been taken in 1999) and has also introduced new additional subjects to cope with the    demand of modern times . Subjects like Information Technology Computer Application and    Hardware Management are being offered as additional subjects in the schools. The board    also conducts teachers’ orientation to equip them with the changes in the syllabi and    teaching techniques. Subject specific such teacher empowerment is a continuous process.    New emerging issues are also being fittingly addressed as done in Life-Style Education and environmental studies.

•  All examination related works and other administrative works save the management of    schools are being done by the four Regional Council offices in Kolkata, Burdwan, Midnapore    and North Bengal from 1974.

•  Conducting of Camp Offices in districts for distribution of examination related papers to    the students and the concerned schools.

•  Publication of results of Secondary Examination in the WEBSITE

•  Publication of Parshad Barta, a periodic organ (from December 1974) which acts as a    forum for sharing of experiences and views.
The administration of the Board is run in a democratic and decentralized fashion (the    Board members are elected from relevant constituencies).From 1989, the examination    system has been computerized and the Board is in the process of total computerization of    works. Further the Board has also embarked upon total archiving of records and their    digitization from 2006 to endow the Board with modern and state-of-the-art look. The day    is not far when the services of the Board will only be a click away!

Composition And Function � The Board is constituted with sixty-five members, the    President is at the helm.Of the sixty-five members thirty-six are elected from amongst the    teaching and non-teaching staff of the recognized institutions and the others are ex-officio    members. The exact number of members belonging to different categories are given here    in a tabular form. While the different constituencies from which the elected and nominated    members will be appointed are clearly spelt out in the act, the ex-officio members include    the Director of School Education, Presidents of West Bengal Council of Higher Secondary    Education, West Bengal Board of Madrasah Education, West Bengal Board of Primary    Education etc.