Congress President Sonia Gandhi on Sunday said that the country was ‘united’ in its resolve to combat naxalites. This was after Maoists killed at least 22 security personnel during an encounter in Chhattisgarh’s Bijapur district on Saturday. One member of the security team is still missing. 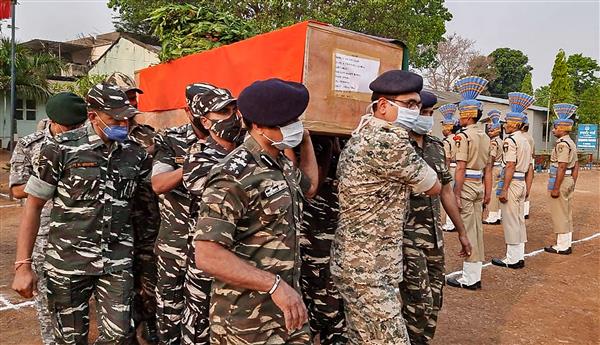 In a statement, Sonia Gandhi said, “The entire country bows before the martyrdom of 22 jawans in the gruesome Naxal attack in Bijapur, Chhattisgarh. I pay homage to these jawans who have given their lives, and heartfelt condolences to their families. The Nation owes an enormous debt of gratitude to them.”

She added, “I fervently hope for the return of our missing soldiers, and look forward to the complete recovery of those injured. We are united in our resolve to combat Naxalism. The Chhattisgarh Congress Govt shall continue to provide all assistance to our Central Paramilitary Forces in fighting naxalism with full rigour.”

Prime Minister Narendra Modi tweeted expressing his anguish over the deaths of 22 security personnel in their line of duty. “My thoughts are with the families of those martyred while fighting Maoists in Chhattisgarh. The sacrifices of the brave martyrs will never be forgotten. May the injured recover at the earliest,” Modi wrote.

Home Minister Amit Shah tweeted, “I bow to the sacrifices of our brave security personnel martyred while fighting Maoists in Chhattisgarh. Nation will never forget their valour. My condolences are with their families. We will continue our fight against these enemies of peace & progress. May injured recover soon.”

Meanwhile, CRPF Director General Kuldeep Singh said that Maoists were frustrated because security camps have been set up in remote areas of Chhattisgarh and ‘this process will be speeded up now to launch more serious operations against them.’