There has been intense reporting on the prospects of Mira Rajput and Shahid Kapoor shifting to their new Rs 56-crore villa in south Mumbai, in the neighbourhood of Mukesh Ambani’s daughter Isha Ambani. While we still don’t know when Shahid and Mira would finally move into their luxurious house, the latter has been setting the internet on fire with her bold photos. This has also earned Mira some criticism in the process. 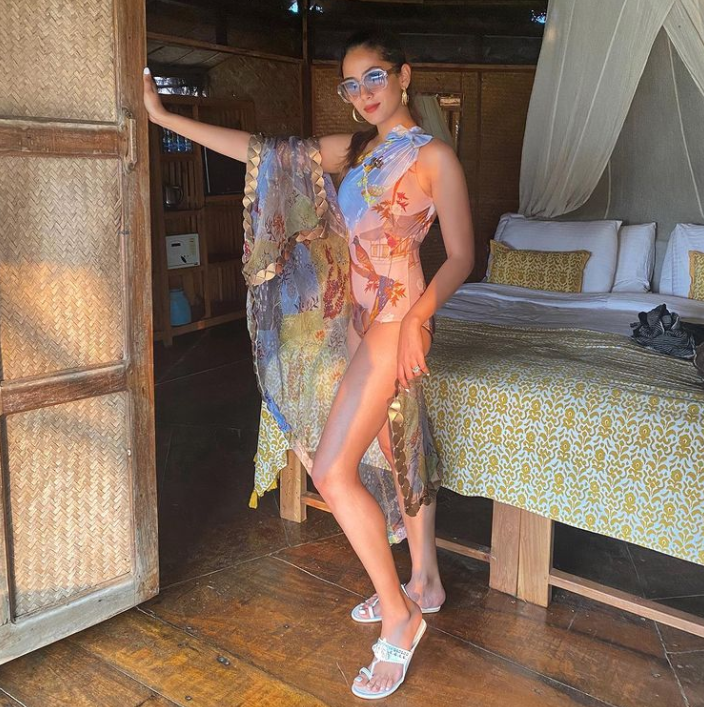 Mira on Sunday shared a stunning photo of herself in a swimsuit as she wrote, “Minutes before the mess ?.” Dressed in a printed suit, Shahid’s wife looked a stunner. However, many of her fans did not react kindly to her decision to expose her thigh.

One commented, “Naa it does not suit u beti.” Another wrote, “Mam it’s not good ????.” “Doesn’t suit at all,” commented one fan. However, her critics were a tiny minority as an overwhelming majority of her fans appeared unanimous that Shahid’s gorgeous wife looked beautiful in her beach outfit.

This is not the first time that Mira has posed in a bikini in the recent past. Sharing a photo of herself at a poolside earlier this year, Mira had written, “Bikini bodies are like Avocados. You wait forever for it to get ready, and it takes just a day for it to go bad ? #dreaming.”

Elsewhere, Shahid too raised the temperature after he shared a photo of himself enjoying himself inside a swimming pool. Although, he did not use any caption for his photo, his fans went berserk admiring him.

Shahid and Mira had bought a posh duplex in Worli for a whopping Rs. 56 crore, but they continue to reside in their sea-facing Juhu apartment. After their move to Worli, both Shahid and Mira would become Isha Ambani’s neighbours. The billionaire daughter of Mukesh and Nita Ambani has a Rs 450 crore bungalow in Worli.