Protesting farmers have sensationally revealed an ‘assassin’ who was hired to kill the top four farmer leaders during their tractor rally scheduled for 26 January. A man, who had his face covered by a handkerchief, made the shocking claims during a LIVE press conference at the Singhu border. 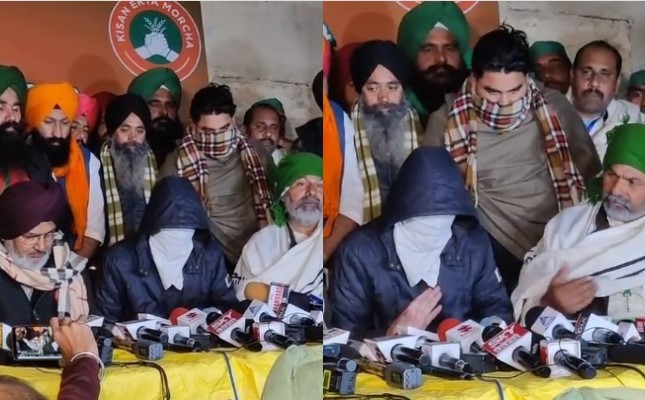 The unidentified man said that he did not know the names of the four farmer leaders, identified to be killed, adding that he was given their photos. According to reports, the masked man was caught by protesting farmers before they decided to produce him before the media.

The man also added that an SHO, one Pradeep Singh, had trained him and nine other associates for the shoot-out.

The alleged assassin revealed that the plan was to first cause disruption in the rally by shooting at the farmer leaders’ knees, adding that they were then told to fire from inside the rally to give an impression that the farmers were firing at the cops.