In a setback for Arnab Goswami’s WhatsApp chat partner Partho Dasgupta, the Bombay High Court on Friday refused to stop the transfer of the former BARC CEO from Mumbai’s JJ Hospital to Navi Mumbai’s Taloja Jail. It’s the same jail where Arnab Goswami himself had to spend a week after he was arrested in the abetment to suicide case in November last year. 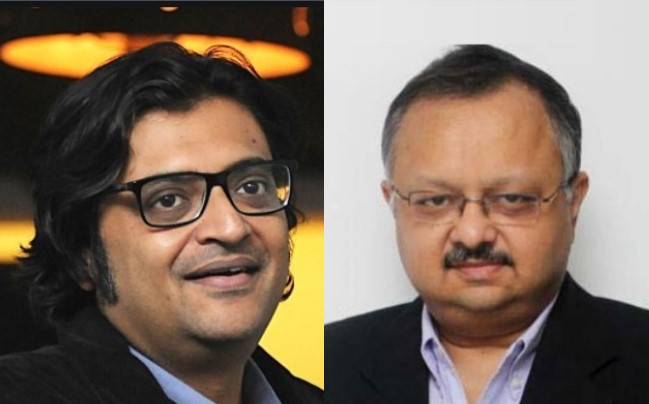 According to the Livelaw website, Dasgupta’s lawyer Arjun Singh moved an urgent plea seeking the court’s intervention in stopping Dasgupta’s transfer to the jail citing his poor health. Dasgupta’s lawyer instead urged the court to transfer him to a private hospital or grant him a two-week bail.

Justice PD Naik appeared to be satisfied with the assurance provided by Public Prosecutor Deepak Thakare, who said all necessary protocols were being followed, adding that Dasgupta could be shifted to JJ Hospital if the medical officer at Taloja Jail deems it fit.

[Also Read: “Jaitley stretching it”: Arnab Goswami in alleged WhatsApp message to ex-CEO of BARC as Arun Jaitley battled for life in hospital]

According to news agency PTI, Thakare told the court that as per protocol since the JJ hospital had certified Dasgupta to be fit for discharge, he will be taken to the Taloja prison hospital. “So, the court directed that the state produce his (Dasgupta’s) latest medical reports. And it will hear our urgent bail plea on Monday,” Thakur was quoted as saying.

Dasgupta was admitted to JJ Hospital from the Taloja prison last week after his blood sugar levels shot up and he fell unconscious. Dasgupta, a former CEO of the Indian TV rating agency BARC, was arrested in the TRP scam case last month. Dasgupta’s arrest had come exactly a week after the Mumbai Police arrested the former Chief Operating Officer (COO) of BARC in the same case. The arrest of Romil Ramgarhia had come just days after the Mumbai Police arrested Arnab Goswami’s CEO, Vikas Khanchandani. Khanchandani was later granted bail by a Mumbai court three days after his arrest.