A day after Prime Minister Narendra Modi sensationally alleged that former Prime Minister Rajiv Gandhi had used an Indian Navy warship for a personal party, a former naval commander called out his lies.  Vice Admiral Vinod Pasricha, who commanded the Viraat in December 1987, said that when Rajiv Gandhi arrived at the aircraft carrier, he was accompanied by his friends and Italian mother-in-law. 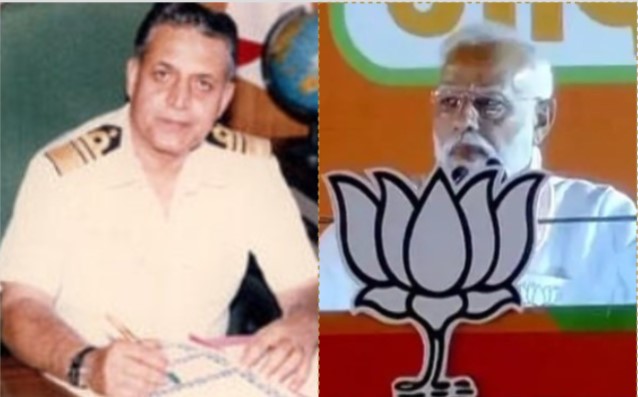 Vice Admiral Pasricha told NDTV that those accompanying Rajiv Gandhi included his wife Sonia Gandhi, a few IAS officers. Former Navy Chief, Admiral L Ramdas, who was the head of the Western Naval Command in 1987 and was present on board the INS Virat, too agreed with Vice Admiral Parsicha.

Reacting to Modi’s comments, made during his Ramlila Ground speech in Delhi on Wednesday, Admiral Ramdas said that the prime minister was perhaps quoting the content from a report by Anita Pratap on India Today.

A statement by Admiral Ramdas read, “I would like to state unequivocally, that this was not the case,” he said in the statement, which he said was issued after collating email responses from former Admiral Arun Prakash, Vice Admiral Pasricha and Vice Admiral Madanjit Singh, all of whom were then serving in the Western Fleet.”

Ramdas said that no ships were specifically diverted for the personal use of the Gandhi family. “Only one small helicopter was left at Kavratti to meet any emergency medical requirements of the PM and his wife,” the statement read,” he added. (Read his statement in full below). 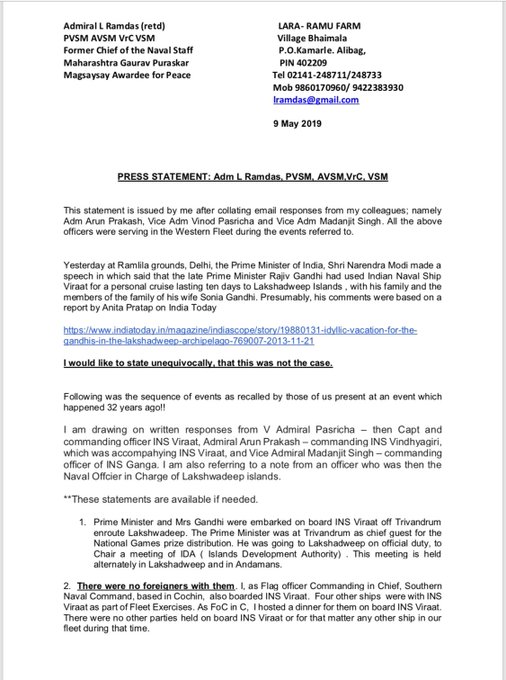 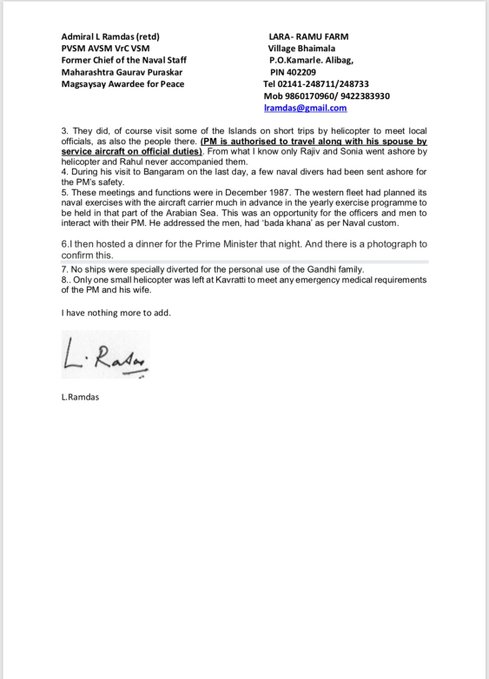 Embarrassed over being called out by two senior Indian Navy commanders for his lies, Modi on Thursday chose to dodge a question on his stunning allegations against Rajiv Gandhi. Speaking to Aaj Tak TV channel on the sidelines of his election rally in Purulia in West Bengal, he decided to evade a direct question on his Ramlila Ground speech and instead attacked Rajiv Gandhi’s for his role in the anti-Sikh riots of 1984.

Modi, in his speech on Wednesday, had said that Rajiv Gandhi had compromised national security by sending his family for a vacation on board the Navy’s INS Virat. He had said that even Indian Navy personnel were deployed on personal service of Rajiv Gandhi and his family.