Virat Kohli led from the front as India defeated England by seven wickets in the second T20 International match in the five-match series. With this victory, the series is currently tied at 1-1. 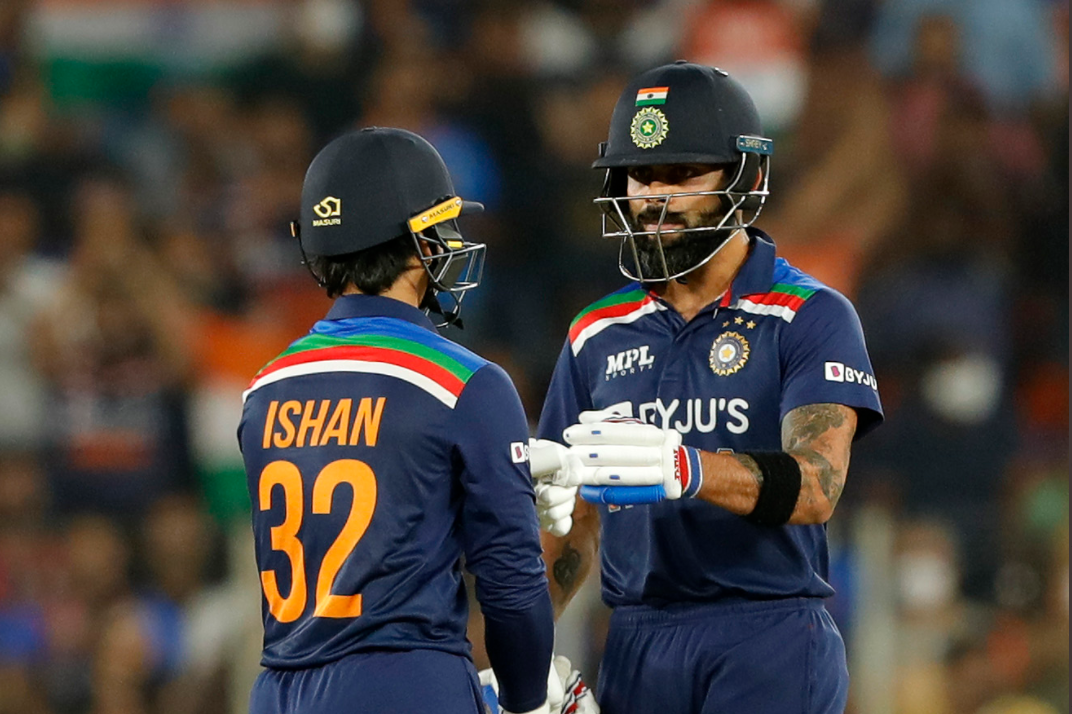 Batting first England made 164-6 in their quota of 20 overs with Jason Roy once again falling short of his half-century as he was dismissed for 46. He was out for 49 in the first match against India. Eoin Morgan made 28, while Dawid Malan and Ben Stokes contributed with 24 runs each.

Washington Sundar and Shardul Thakur dismissed two English batsmen each, while Bhuvneshwar Kumar and Yuzvendra Chahal shared one wicket each.

In response, India achieved the target by losing just three wickets with 13 balls to spare. Skipper Virat Kohli remained unbeaten at 73 in 49 balls, while Shreyas Iyer was not out at eight. Ishan Kishan, who was making his T20 debut for India, had made 56 before getting trapped LBW off Adil Rashid’s bowling. Rishabh Pant was out for 26 that he took just 13 deliveries to score.

England had outplayed Indian in the first T20I by beating the hosts by eight wickets with 27 balls to spare.