BJP MP Varun Gandhi has taken a potshot at his own senior party colleague, Kailash Vijayvargiya, for offering security guard jobs to Indian soldiers at his party offices. 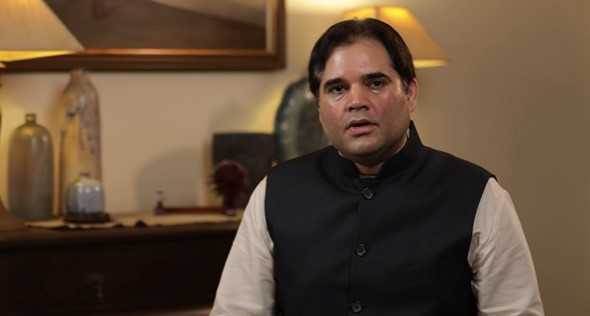 Sharing a viral video of Vijayvargiya, the Pilibhit MP wrote, “Congratulations to the one offering a job of a guard at the office of a political party to an Indian soldier from the great army, whose heroic tales can’t be told even by using the entire dictionary and whose valour is well known throughout the world.

“Indian Army is a medium of service to mother Indian and it’s not just a ‘job’.”

This was after a video of Vijayvargiya’s insulting remarks for Indian soldiers after they complete their four-year term in the Indian army.

Speaking to reporters, Vijayvargiya had said, “Discipline and obeying orders are key in the armed forces…Assuming that he (Agniveer) joins the armed forces at the age of 21, he will still be 25 by the time he leaves the forces. He will have Rs. 11 lakh cash in his hand. He will also be displaying the ‘Agniveer’ medal on his chest.

“If I have to hire someone for the security for the BJP office here, I will give a preference to an ‘Agniveer’.”

Delhi Chief Minister Arvind Kejriwal too reacted angrily to Vijayvargiya’s remarks as he tweeted, “Do not disrespect the youth and army personnel of this country so much. The youth of our country work hard day and night to pass the physical exam and the test because they want to serve the country all their life by going to the army, not because they want to be a guard outside the BJP office.”

The special recruitment scheme by the Centre’s Narendra Modi government for the armed forces is being billed as ‘Agnipath’ and those seeking employment under this scheme are being referred to as ‘Agiveers.’ The scheme has evoked unprecedented anger from job aspirants, who took to violent means to set trains and other public properties on fire.