Arjun Tendulkar was the topic of intense social media discussions during the just-concluded IPL as fans slammed Mukesh Ambani-owned IPL for not selecting him in the playing XI. The young Tendulkar, however, continues to impress his legendary Dad as was evident from the moving social media post by the former Indian batsman on Sunday. 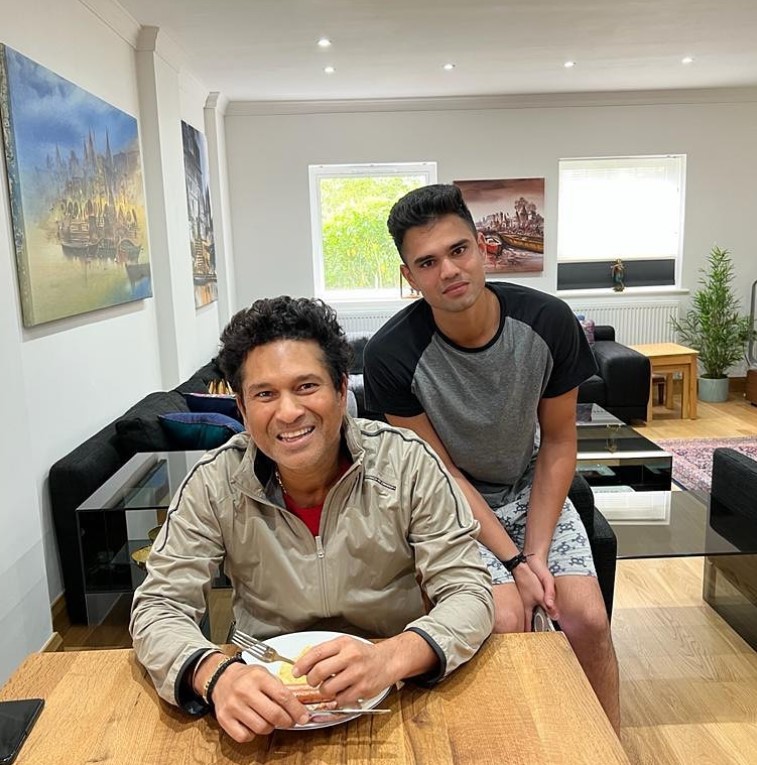 Tendulkar took to Instagram on the Father’s Day to announce his son had treated him with the ‘best scrambled eggs in the world.’

“Had the best scrambled eggs in the world today made by Arjun,” wrote Tendulkar.

The celebrated former Indian batsman added, “The creaminess, texture and consistency was so good! A breakfast filled with love…couldn’t have asked for more. ❤️.”

He ended his post with hashtag #FathersDay as he shared an adorable photo of himself with son Arjun.

The post by Tendulkar has received close to three lakh likes and thousands of comments. One wrote, “Unconditional love Experience by you sir.” “Cuteness overload,” commented another fan.

Also Read: MI vs DC: Why netizens are calling Sachin Tendulkar’s son Arjun Tendulkar on ‘wrong side of nepotism’; reference to Ananya Panday

Arjun was part of the Mumbai Indians IPL team but the five-time IPL champions ended their campaign at the bottom of the points table and failed to qualify for the play-off stage. The team management faced widespread condemnation from fans for not providing an opportunity to Arjun despite other bowlers performing miserably.

As for Tendulkar, he continues to remain the highest run-getter in international cricket with 100 centuries in all forms of the game. Not many active cricketers are even close to beating his phenomenal record. England’s Joe Root is being tipped to surpass his record if he continues to maintain his current form.