Madhya Pradesh Kailash Vijayvargiya has made a shocking statement saying that he would prefer hiring an ‘Agnveer’ as the security guard of his party office. Vijayvargiya’s statement came amidst countrywide protests against the controversial ‘Agnipath’ recruitment scheme for the armed forces. 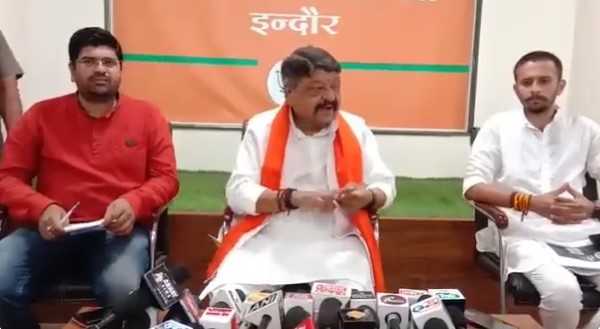 Speaking to reporters, Vijayvargiya said, “Discipline and obeying orders are key in the armed forces…Assuming that he (Agniveer) joins the armed forces at the age of 21, he will still be 25 by the time he leaves the forces. He will have Rs. 11 lakh cash in his hand. He will also be displaying the ‘Agniveer’ medal on his chest.”

Then came the shocker from the senior Madhya Pradesh BJP functionary as he said, “If I have to hire someone for the security for the BJP office here, I will give a preference to an ‘Agniveer’.”

The special recruitment scheme for the armed forces is being billed as ‘Agnipath’ and those seeking employment under this scheme are being referred to as ‘Agiveers.’ The scheme has evoked unprecedented anger from job aspirants, who took to violent means to set trains, and other public properties on fire.

They allege that the government is playing with their future by announcing a scheme, which only guarantees a job for four years. There is no guarantee that everyone, who joins the armed forces under the ‘Agnipath’ scheme willbe absorbed in the military after completing the four-year-term in the service.

Faced with violent protests, the government led by Narendra Modi has announced some concessions including a guarantee to absorb a small percentage of ‘Agniveers’ into other paramilitary services after the completion of their four years in the armed forces.