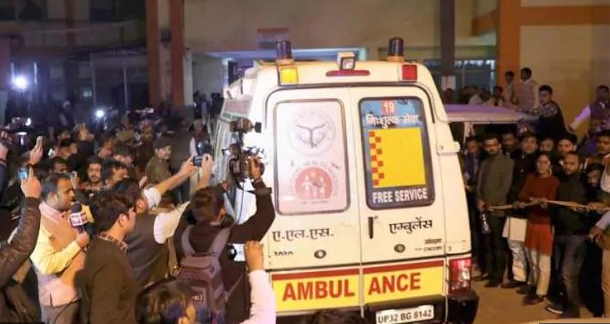 Dr. Shalabh Kumar, HOD (burns and plastic), Safdarjung Hospital was quoted by news agency ANI as saying, “She suffered cardiac arrest at 11:10 pm and we tried to resuscitate her, but she could not survive and at 11:40 pm she died.”

Dr Shalabh Kumar, HOD (burns and plastic), Safdarjung Hospital: She suffered cardiac arrest at 11:10 pm and we tried to resuscitate her, but she could not survive and at 11:40 pm she died. https://t.co/xoQpYTAdQT

The woman was attacked on Thursday morning before being set on fire by at least five people including two accused who had sexually assaulted her in March this year. The woman was on her way to attend the hearing in her case in Rae Bareli when she was brutally attacked.

She was rushed to a local hospital in Unnao before being shifted to the civil hospital in Lucknow. The victim was later airlifted to Delhi’s Safdarjung hospital. According to reports, the victim suffered a cardiac arrest on Friday night.

The development has brought the law and order issue in Uttar Pradesh under the huge scanner once again. The government of BJP’s Yogi Adityanath has faced growing criticism for its inability to run the administration effectively.