In a fresh twist to the ongoing Madhya Pradesh political crisis, rebel Congress MLAs are believed to be unhappy with Jyotiraditya Scindia for his decision to join the BJP. A report by news agency IANS said that at least ‘eight to nine’ rebel Congress MLAs, who resigned from the Madhya Pradesh assembly on Tuesday, were said to be upset with Scindia. These rebel MLAs, the report added, do not want to resign and contest elections again. 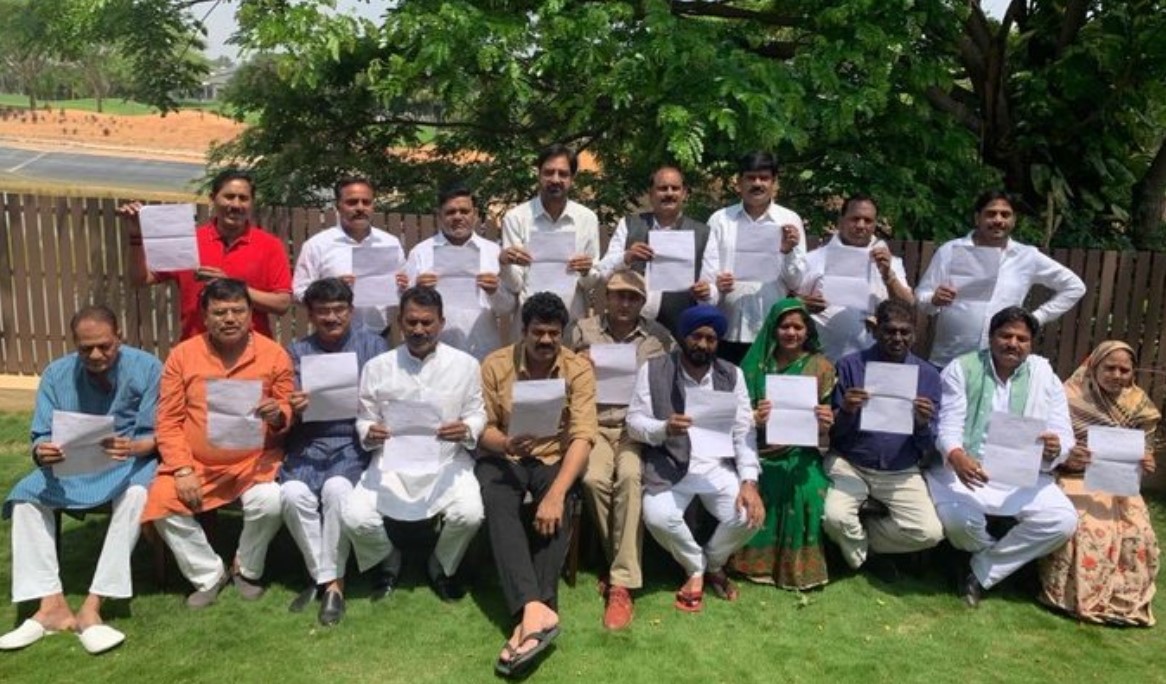 Elsewhere, senior Madhya Pradesh Congress leader Sajjan Singh Verma met the rebel MLAs in Bengaluru and said that none of them wanted to ‘go with’ Scindia. News agency ANI quoted Verma as saying, “Nobody is ready to go with Scindia ji. They said they were misled and taken to Bengaluru, most of them said they are not ready to join BJP.”

Senior Madhya Pradesh Congress leader Sajjan Singh Verma on his meeting with 19 party MLAs who tendered their resignations: Nobody is ready to go with Scindia ji. They said they were misled and taken to Bengaluru, most of them said they are not ready to join BJP. #Bhopal pic.twitter.com/uU0mAJVQke

Scindia, who stunned everyone by severing his 18 years of association with the Congress on Tuesday, is expected to join the BJP. Earlier, Congress MP Rahul Gandhi had lashed out at Prime Minister Narendra Modi for orchestrating the defection of Congress MLAs in Madhya Pradesh.

Meanwhile, Congress MLAs have been transported to Jaipur, while the BJP has taken its flock to Haryana’s Gurugram.

If indeed the rebel Congress MLAs return to their parent party, this will be a repeat of the Maharashtra crisis when Ajit Pawar’s U-turn had left the BJP top-brass red-faced.