Soyeb Aftab has created history by securing the All India rank 1 in the medical entrance exam NEET, whose results were announced on Friday. The 18-year-old topper from Rourkela has become the first student from Odisha to secure the All India first rank in the highly competitive entrance exam. Aftab, who studied at a coaching institute on Kota in Rajasthan, scored 720 out of 720 marks. 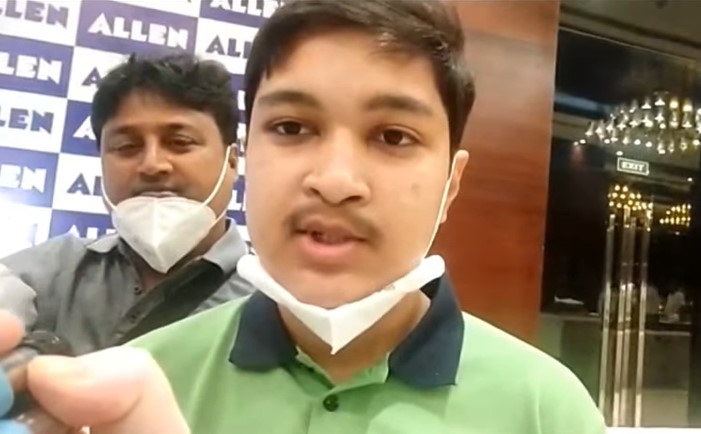 He said, “There was no unique strategy. I did not aim to score exactly 720 out of 720. I just aimed to score as many marks as possible.” The young achiever said that he did not have any doctor in his family.

He said that when the nationwide lockdown was imposed, all his friends left Kota to return home but he stayed back using the opportunity to prepare.

Akanksha Singh from Delhi also scored 720 out of a total of 720 marks, but the National Testing Agency, which conducts the exam, placed her on the second position in the all India merit list.

“It’s because of the tie break policy. When two candidates secure the same marks, their performance is compared by looking at the marks that they have secured in each of the subjects and the number of incorrect answers that they gave. The difference in their age is also considered to break the tie. In this case, Akanksha was older than Aftab. Hence, she was placed on the second position,” an Education Ministry official was quoted by the Outlook website.

Soyeb’s parents Suleiman Aftab and Sultana Nazir can’t believe that their son will become the first doctor in the family. “I am proud of my son. Thanks to Allah and to my husband who stood behind us like a shadow. Thanks to Allah, my son has proved his mettle,” Aftab’s mother was quoted by New Indian Express.

His father is a construction contractor, who decided to send his wife and daughter to stay with Soyeb in Kota to ensure that his preparation was uninterrupted.

Aftab said that he aimed to become a cardio surgeon.