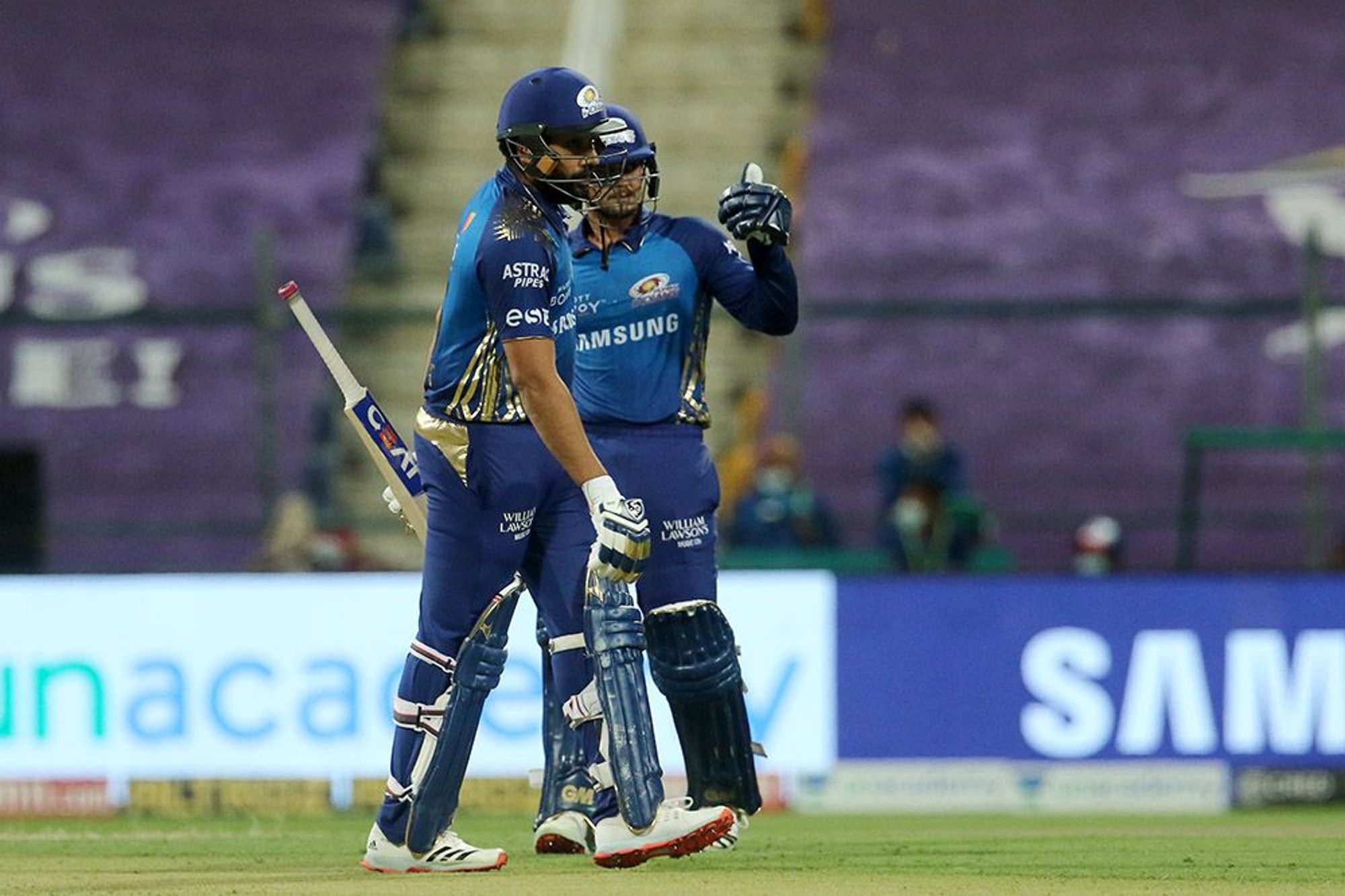 Batting first, Kolkata Knight Riders could only put up 148-5 in 20 overs with Pat Cummins scoring 53 in 36 balls. Eoin Morgan, who was captaining the side for the first time, scored 39 in 29 balls. Dinesh Karthik had stunned everyone by stepping down as the KKR captain to pass the mantle to Morgan, who had led England to win the World Cup last year.

In reply, Mumbai Indians achieved the target with 3.1 overs to spare.

Kolkata Knight Riders paid a heavy price for their slow batting during the early overs of their innings. They scored just 61 by losing five wickets in 10.4 overs. Their top five batsmen Rahul Tripathi, Shubman Gill, Dinesh Karthik, Nitish Rana and Andre Russell just 49 runs by facing 55 balls. This included the first 36 balls of the power play when only two fielders are deployed outside the 30-yard circle.

Reacting to his side’s defeat, Morgan said, “We weren’t even at the races today. We got a score to bowl at in the end, but the way Mumbai got off, it is tough to stop them. Nos 4, 5 and 6 is a lot of our experience. Given the match-ups, we are trying to play our best hand there. Today it didn’t make that much of a difference; we were all in early.”

Sharma, for his part, said, “It is special to win as comprehensively as this when chasing. It gives us confidence. I guess now teams batting second will win most of the games. That’s what I feel. The trend is changing. It is always a challenge when you have won four in four. How you turn up is what matters. We turned up really well, and right from ball one we were in their faces. I am a big fan of match-ups. read them well, and decide whom to exploit when. Having said that, you have to read the pitch and be instinctive too. I still bowled Rahul and Krunal to Russell because the pitch was holding up a little bit. Then I brought on Bumrah. I enjoy batting with Quinton. He is straightforward. Most of the times I take the back seat. I have a role to play in the squad. I need to let Quinny bat free and not worry about what the team needs from him.”

Quinton de Kock was adjudged Man Of The Match.