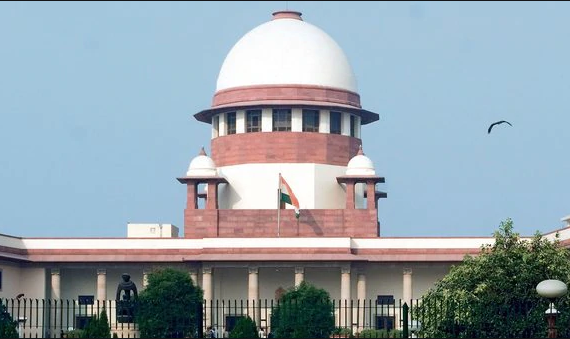 The Supreme Court said in its order, “We permit AG Venugopal to file a petition against the said order. In the meanwhile, we stay the acquittal of the accused with respect to the offence under Section 8 of POCSO Act. Issue notice to accused returnable in two weeks.”

While passing the controversial verdict, the Nagpur Bench of the Bombay High Court had ruled, “The act of pressing of breast of the child aged 12 years, in the absence of any specific detail as to whether the top was removed or whether he inserted his hand inside top and pressed her breast, would not fall in the definition of ‘sexual assault’. It would certainly fall within the definition of the offence under Section 354 of the Indian Penal Code.”

While passing this extraordinary verdict, Justice Pushpa V Ganediwala had also acquitted a man under punishment for sexual assault of the POCSO Act. However, the Supreme Court on Wednesday stayed the acquittal of the man, who was sentenced for groping a 12-year-old girl in 2016.

The Bombay High Court’s order had evoked angry reactions from several rights group with the National Commission of Women announcing that it will challenge the judgment in the Supreme Court. Actor Taapsee Pannu had taken a dig at the judgment by sarcastically linking it to the National Girl Child Day since the order was passed on the day Indians were celebrating female members of their families.