Indian fast bowler Mohammad Shami has taken to Instagram to write a heartfelt note for his father Tousif Ali, who passed away in January four years ago. Shami wished how he could see his Dad one more time ‘come walking through the door.’ 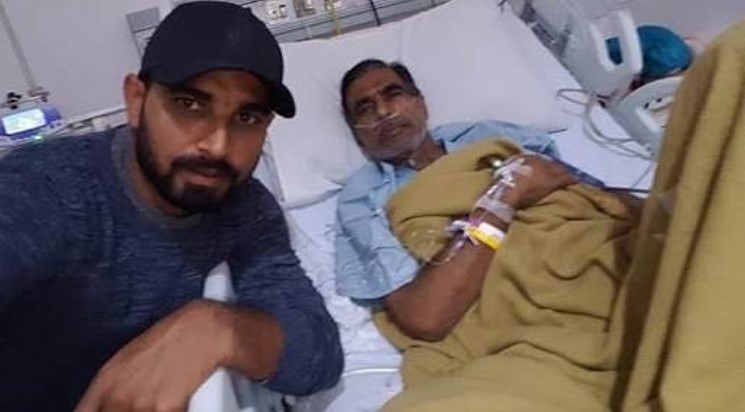 Sharing a photo of himself with his Dad, Shami wrote, “4th years complete today. I wish I could see you one more time, come walking through the door, but I know that is impossible.”

Shami, who had to return home midway through the just-concluded Test series against India after sustaining a hairline fracture in the First Test, said that he was proud to be his father’s son. He wrote, “I know you can feel my tears and you don’t want me to cry. I pray that God will give me strength as you (have) given always and somehow get me through as I struggle with heartache when I lost you ?proud to be your son and miss you so much love you dad!”

Shami sustained a hairline fracture while batting in the Adelaide Test, where India were bowled out for just 36. India lost the Test and Shami had to return to India for treatment. He was replaced by Mohammed Siraj, who went on to become a hero, taking his first five-wicket haul in the fourth Test in Brisbane. India proved every single pundit wrong and won the Test series 2-1 despite the absence of many senior players due to injuries.

Shami, who made his Test debut in 2013, has represented India in 80 matches and taken 180 wickets with an average of 27.6. The bowler from Uttar Pradesh has also claimed 148 wickets in 78 One Day International matches.

He’s not been picked to play the first two Test matches against England in Chennai.