BJP’s Rajya Sabha MP Subramanian Swamy on Wednesday took a brutal dig at his party colleague and parliamentarian from Arunachal Pradesh after the latter complained of an abduction of an Indian national by the Chinese army from the Indian territory. 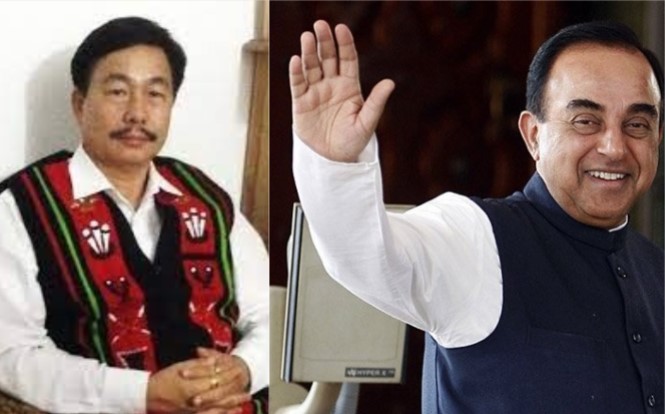 In his subsequent tweet, Gao wrote, “His friend escaped from PLA and reported to the authorities. All the agencies of Govt of India is requested to step up for his early release.”

One of Swamy’s followers asked the outspoken BJP’s Rajya Sabhi for his comments to Gao’s desperate social media posts. To which, Swamy replied sarcastically, “He got his memory back?”

Swamy has been criticising the Centre’s Narendra Modi government for its denial on the occupation of Indian territory by the Chinese army in Ladakh and elsewhere.

Last year in October, Swamy had lashed out at the Modi government after a video of Indian soldiers being tortured by Chinese troops went viral. Although the date and place of the video were not known, the outspoken BJP parliamentarian had launched a tirade against his own party’s government.

Last year, Swamy had asked the Modi government to ‘evict’ Chinese troops from Ladakh without seeking foreign help. In a blistering attack against his own government, Swamy had said that he could ‘take a horse to water’ but he ‘cannot make it drink.’

Swamy had also asked PM Modi by asking if the latter would also admit the Chinese occupation of Indian territory. “Will Modi now admit also that China has grabbed our territory and Modi and his Govt will strive to get back every inch in China’s possession?” he had asked.