Information and Broadcasting Minister Anurag Thakur has threatened to block news websites and YouTube channels that he felt were engaged in spreading lies, conspiring against India.’ 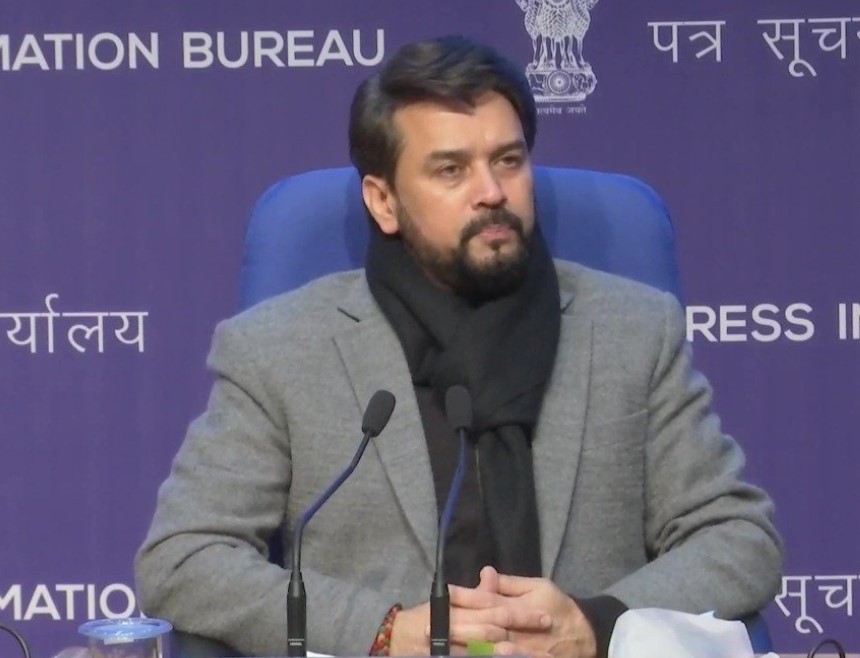 Speaking to reporters, Thakur said, “Action will be taken against websites, YouTube channels that carry anti-India content. We identified 20 such accounts that were being operated from neighbouring country (Pakistan).”

Thakur added, “I had ordered for action against them. I am happy that many big countries across the world took note of it. YouTube also came forward and took action to block them.”

The latest threat by the I&B minister came weeks after his ministry blocked many news websites and YouTube channels for running anti-India content.

In a statement issued in December last year, the ministry had claimed that these 20 YouTube channels and the websites belonged to a coordinated disinformation network operating from Pakistan and were spreading fake news about various sensitive subjects related to India.

It had said, “The channels were used to post “divisive content in a coordinated manner on topics like Kashmir, Indian army, minority communities in India, Ram Mandir, General Bipin Rawat, etc.”

“Action will be taken against websites, YouTube channels running anti-India content. Have identified 20 such accounts that are run from neighbouring country (Pakistan). Such accounts will be shut down.”
Minister @ianuragthakur pic.twitter.com/a0gVAVfyoA

Thakur’s statement evoked strong reactions from netizens including Congress MP Karti Chidambaram, who asked, “How do you define against India? @ianuragthakur.”

So, India’s ruling party is blocking its own websites? https://t.co/G1cd6J4Bd1