Prime Minister Narendra Modi has once again attacked his political rivals by invoking the issue of nationalism during a poll campaign in Uttar Pradesh. Addressing an election rally in Kushinagar on Sunday, Modi asked if his armed forces soldiers will need permission from the Election Commission before killing a terrorist. 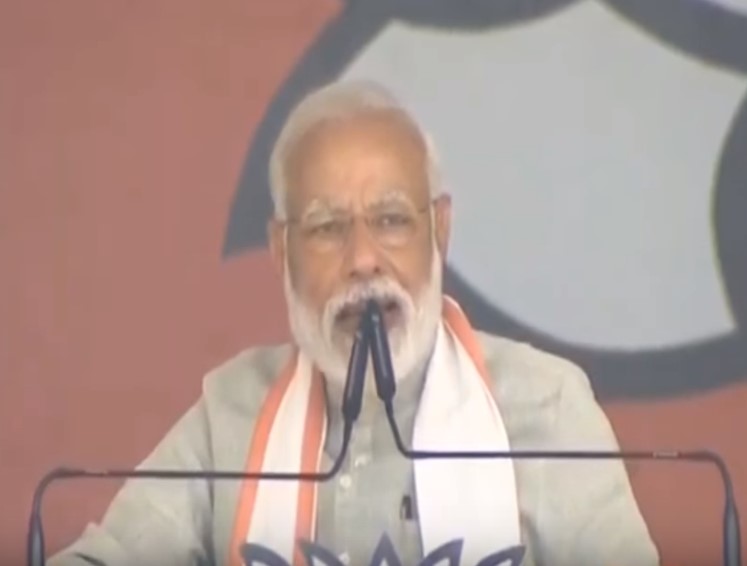 He said, “I came to know this morning that our troops killed some terrorists in Kashmir. Now some people will have a problem that how could Modi kill terrorists when polling was underway? The (terrorists) are standing with arms and ammunition. Should my jawans go and seek permission from the Election Commission before killing the terrorists?”

Modi also bragged about having carried out operation to cleanse Jammu and Kashmir with terrorism. “Our rivals have turned this into a game of sorts. Every second or third day we keep carrying out cleaning operations (killing militants). Cleaning operation is my job,” he said.

Modi claiming that he killed soldiers in Jammu and Kashmir comes just a day after he faced incessant trolling for sensationally revealing that he ordered the air strikes in Balakot because he believed that the cloudy weather could help Indian jets avoid Pakistani radar.

Many experts had expressed concern over Modi’s ability to oppose his military chiefs with his non-scientific reasoning given that he also has the nuclear button for India.