Union Minister Smriti Irani on Saturday left Twitterati in splits after she highlighted how a newspaper had wrongly given the credit for a photo clicked by her to news agency ANI. As expected, her tweet left Twitter users in splits. 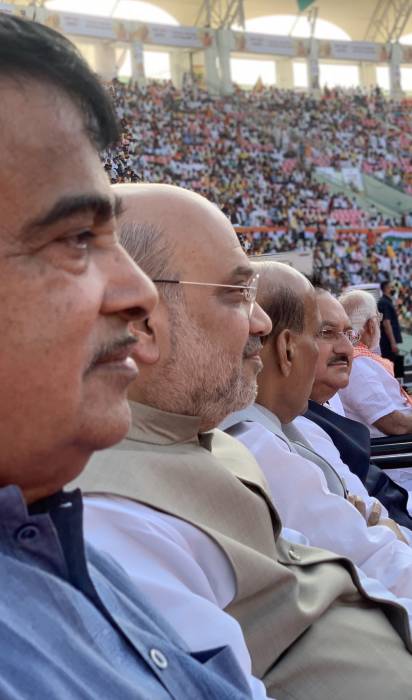 In the photo, union ministers Nitin Gadkari, Rajnath Singh and Amit Shah could be seen seated alongside BJP President JP Nadda and Prime Minister Narendra Modi. The occasion was the sweating-in ceremony of Yogi Adityanath, who became the chief minister of Uttar Pradesh for the second time in a row after the BJP won a historic landslide in the just-concluded assembly polls.

The newspaper in question had credited ANI for the photo.

Irani’s tweet elicited plenty of reactions from Twitter users. Aaj TaK TV anchor Shubhankar Mishra wrote, “Your pain is of Akhilesh Yadav’s level. We built the stadium and they are taking the oath of office.”

One user advised, “You should have made an NFT.” Irani said that she needed to complete one more course after ‘Berkeley & Cambridge’ to learn about the NFT.

Irani replied, “Absolutely… there should be a 9 o clock debate on how my rights were usurped by @smitaprakash.”

Smita Prakash is the editor of ANI.