Cricket fans in India have lashed out at Jay Shah and Sourav Ganguly after Virat Kohli made a shocking announcement that he was stepping down as the captain of the Test team. What left fans enraged more was the statement made by Shah in the immediate aftermath of Kohli’s announcement of quitting the captaincy role. 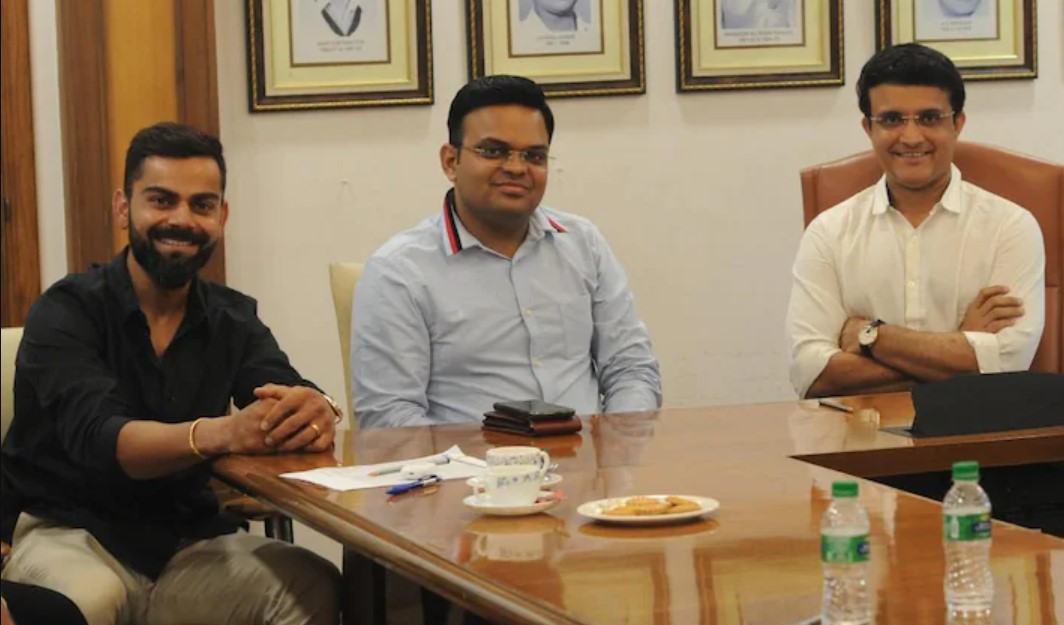 Kohli had stunned everyone with his decision to step down as the captain of the Indian Test team. His decision came just hours after India lost the three-match Test series in South Africa. In his emotional note, Kohli said that it would be dishonest on his part if he continued to remain his post even after India’s poor showing.

“There have been many ups and also some downs along the journey, but never has there been a lack of effort or lack of belief. I have always believed in giving my 120 percent in everything I do, and if I can’t do that, I know it’s not the right thing to do. I have absolute clarity in my heart and I cannot be dishonest to my team,” the charismatic Indian cricketer wrote in his statement.

Reacting to his statement, Shah tweeted, “Congratulations to @imVkohli on a tremendous tenure as #TeamIndia captain. Virat turned the team into a ruthless fit unit that performed admirably both in India and away. The Test wins in Australia & England have been special.”

But Shah’s statement did not go down well with cricket fans, who began to give the son of India’s powerful BJP leader and the home minister, Amit Shah, grief. Many alleged that Shah and Ganguly were responsible for the ill-treatment of Kohli, who they felt may have been forced to take the decision to leave the captaincy role. The Indian cricket board had earlier sacked him as the ODI captain, triggering huge backlash.

Jay Shah, Ganguly and other politicians at #BCCI to Indian cricket fans after their shocking mismanagement which led to Virat Kohli – greatest test captain India ever had stepping down!#ViratKohli pic.twitter.com/rLMvkwfpme

Kohli is the most successful captain of India as he led the team to a record 17 Test victories and 11 draws in 68 matches. His notable achievement includes Test series wins against Australia and England in their countries. As captain, Kohli scored 5864 runs, which included an unbeaten knock of 254 against South Africa in 2019. He averaged 54.80 and scored 20 centuries and 18 fifties during his tenure as captain.