In a setback to Delhi Chief Minister Arvind Kejriwal, a Delhi court has acquitted 36 foreigners, who were charge-sheeted for attending Tablighi Jamaat congregation at Nizamuddin Markaz by allegedly being negligent and disobeying the government guidelines issued in the wake of the COVID-19 pandemic in the country. 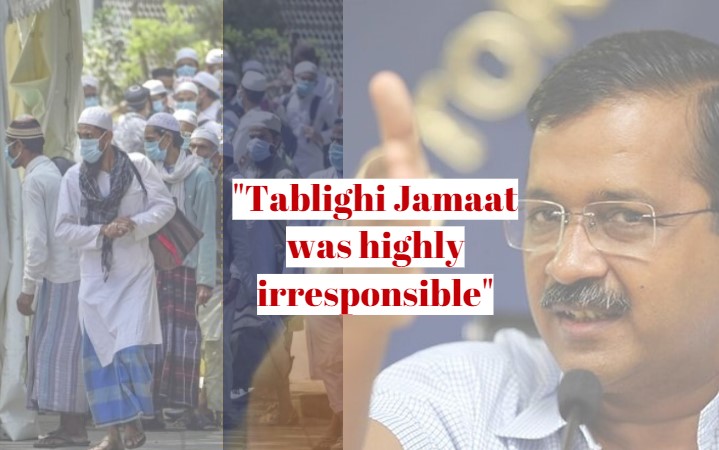 More than 900 members of the Tablighi Jamaat were charged with violation of visa conditions in March when the authorities declared Nizamuddin Markaz as a corona hotspot. They were also accused of indulging in missionary activities and disobeying the government’s guidelines on coronavirus.

Most of the 955 Tablighi members, charge-sheeted by the Delhi Police, had returned to their countries by accepting a plea bargain deal, but 44 of them decided to face the trial. A Delhi court had discharged eight of them earlier. According to Indian Express, the court had also discharged the rest of the 36 under section 14 of the Foreigners Act and IPC sections 270 and 271. But they had to face charges under the Epidemic Act, Disaster Management Act and other IPC sections.

Breaking: A Delhi court acquits 36 foreigners, who were charge sheeted for attending #TablighiJamaat congregation here by allegedly being negligent and disobeying the government guidelines issued in wake of #Covid_19 pandemic in the country. pic.twitter.com/5XwgI8Snzk

In October, India’s hatemongering TV anchors and Delhi Chief Minister Arvind Kejriwal had to face a setback after a Mumbai court acquitted 20 foreign nationals, all members of the Tablighi Jamaat, of charges of spreading coronavirus and violating lockdown rules.

In August this year, the Bombay High Court had quashed FIRs filed against the members of the Islamic organisation and made scathing observations against the government and the media for running a sustained campaign to malign Muslims. Days later, netizens had taken to Twitter to trend the hashtag #kejriwal_must_apologize for the role played by the AAP chief and Delhi Chief Minister in vilifying the Muslim community. Kejriwal had also accused the Tablighi Jamaat of being ‘highly irresponsible.’ The AAP leader, who has recently faced allegations of developing a fondness for pro-Hindutva policies had even ordered the Delhi Police to file an FIR against the head of the Nizamuddin Markaz.