India on Wednesday defeated West Indies by 107 runs. This was after the hosts piled up 387/5 batting first in the second One Day International match of the ongoing series with Rohit Sharma and KL Rahul scoring impressive centuries. However, India’s run-machine Rohit was unlucky to not have completed his another double century as he got out for 159 of 136 balls. His knock included 17 fours and five sixes. Rohit has already scored the highest number (three) of double centuries. His two double-centuries have been against Sri Lanka, while the third was against Australia. 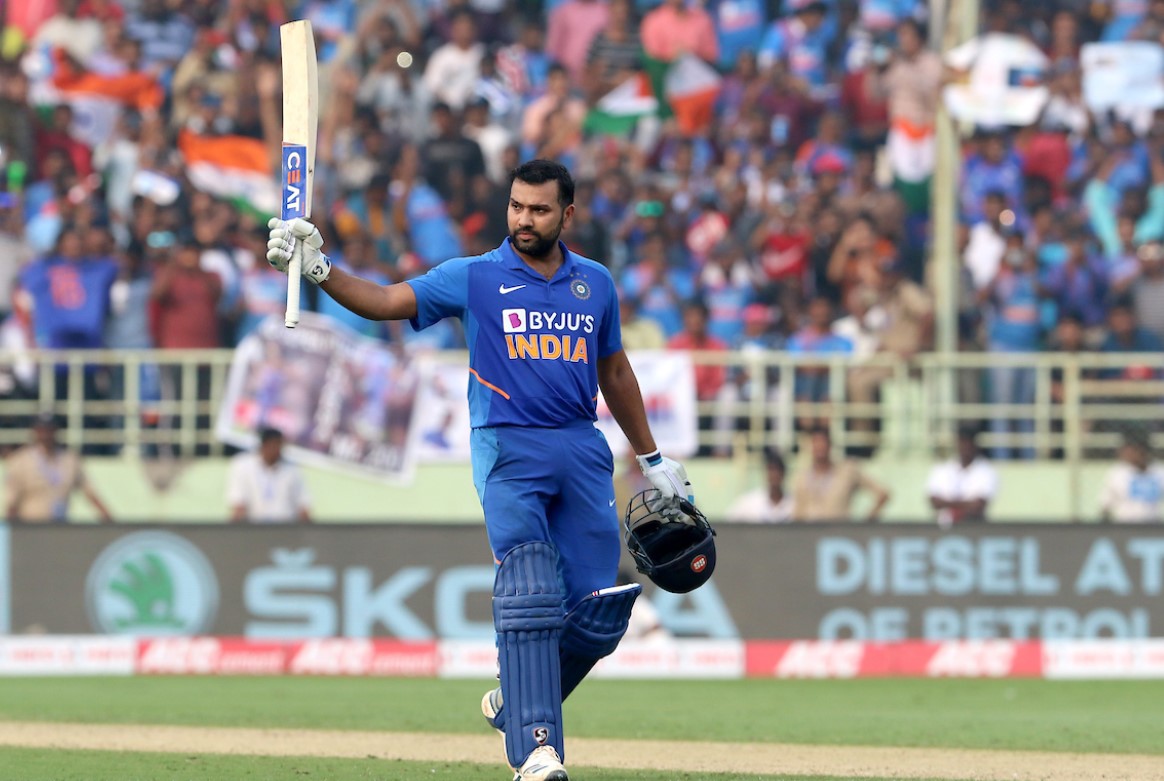 In reply, West Indies were bowled out for 280 runs. Shai Hope with 78 and Nicholas Pooran with 75 were the only two batsmen showing any kind of resistance against India. Mohammed Shami and Kuldeep Jadav took three wickets each. Another highlight of India’s bowling attack was Kuldeep’s hat-trick, the second of his career, in the match.

KL Rahul, who added 227 runs for the opening wicket with Rohit, got out after scoring 102. His innings included 8 fours and 3 sixes.

Also joining the party were Rishabh Pant and Shreyas Iyer. While Rishabh was unlucky to not have scored the fastest ODI half-century after he got out for 39 in 16 balls, Shreyas completed his half-century without much fuss. He got out for 53. The fastest half-century was scored by AB de Villiers, who achieved the feat in just 16 balls against West Indies in 2015.

Kedar Jadhav and Ravindra Jadeja remained unbeaten at 16 and 0 respectively.

With his knock of 159, Rohit Sharma on Wednesday left behind captain Virat Kohli to become the highest scorer in 2019. Rohit has scored 1427 runs now compared to just 1292 scored by Virat.