The official Twitter handle of Rashtriya Janata Dal, Uttar Pradesh has been on fire lately with its admin coming up with creative ways to attack the party’s political rivals. In a latest example, the official Twitter handle of RJD Uttar Pradesh has earned plaudits from netizens for the way it decided to respond to BJP’s Tajinder Pal Singh Bagga on the microblogging site. 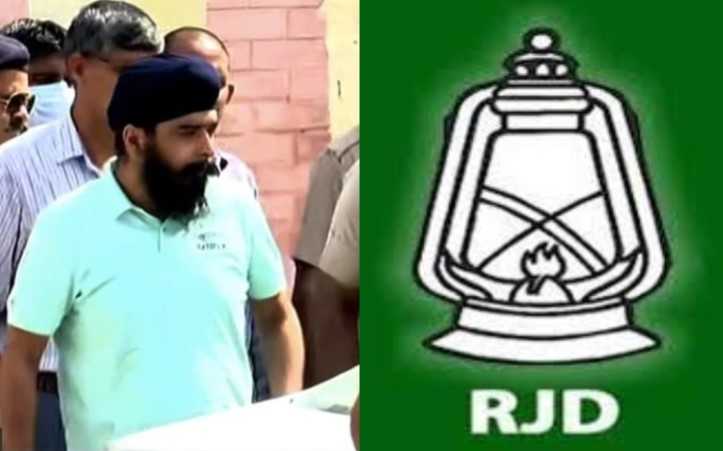 It all started with the official Twitter handle of the RJD attacking the BJP government at the Centre of abusing the federal probe agencies to punish political rivals. The tweet in Hindi read, “The BJP has three son-in-laws. They are ED (Enforcement Directorate), IT (Income Tax) and CBI.”

The potshot by the RJD was in relation to several raids on opposition leaders and their subsequent arrests by the agencies under the Modi government.

Reacting to the RJD’s tweet, Bagga tweeted, “The RJD has three daughters. They are extortion, robbery and stealing of fodder.”

While the RJD Twitter handle ignored Bagga’s response, the RJD Uttar Pradesh handle posted a brutal response. Its tweet in Hindu accused Bagga of being a thief, who also stole a bathroom mug. The tweet read, “Bagga steals three things. They are bracelets, dangling earrings and bathroom mugs.”

While the jury is still out as to who won the latest round of Twitter spat, it certaintly regaled the users. Many applauded the admin of RJD Uttar Pradesh Twitter handle for creativity.

The RJD is back in the news after its leader Tejashwi Yadav was made the Deputy Chief Minister of Bihar in a coalition government with the JDU’s Nitish Kumar. This is the second time that Tejashwi took the oath of office in this role. Nitish Kumar recently severed ties with the BJP to form an alliance with the RJD and the Congress.