Real estate firm Supertech has been declared bankrupt after Delhi a bench of the National Company Law Tribunal admitted a petition filed by the Union Bank of India for non-payment of dues. Supertech’s bankruptcy has left the fate of 25,000 homebuyers, who were awaiting possession of their flats, in uncertainty. 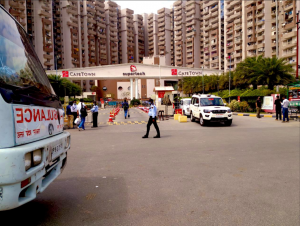 A statement by Supertech, according to the moneycontrol website, said, “In the matter of appointment of IRP in one of the Supertech Group Companies, by the National Company Law Tribunal (NCLT), management of the Company stated that the Company will be approaching NCLAT in appeal against the order as the matter belongs to a financial creditor. In the interest of homebuyers, preference was given to construction and delivery of projects over repayment of bank dues which can be fulfilled after project completion. As all the projects of the Company are financially viable, there is no chance of loss to any party or financial creditor. The order will not affect operations of any other Supertech Group Company.”

Supertech has its projects in Noida, Greater Noida, Gurgaon and Ghaziabad. The company was recently in the news after the Supreme Court directed itto complete the demolition of its twin towers built illegally in Sector 93A of Noida.

The tribunal has appointed Hitesh Goel as the insolvency resolution professional for Supertech under the Insolvency and Bankruptcy Code.