Congress leader Rahul Gandhi has launched a fresh attack on the RSS and the Narendra Modi government in India for saffronising India’s education system. 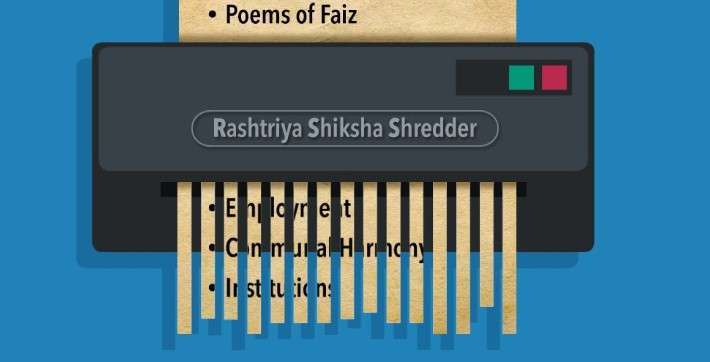 Gandhi said that the RSS effectively now meant that it was Rashtriya Shiksha (Education) Shredder. Gandhi shared a photo of a shredding machine called Rashtriya Shiksha Shredder, which had a piece of paper being shredded.

The paper going into the shredding machine had a list of items written under the headline ‘Central Board of Suppressing Education.’ Items being shredded included democracy and diversity, impact of globalisation on agriculture, Non-aligned Movement, the Mughal Court, industrial revolution, poems of Faiz, communal harmony and institution.

This was seemingly in relation to the CBSE’s recent decision to drop chapters on the Non-alignment Movement, the rise of Islamic empires in Afro-Asian territories, the chronicles of Mughal courts, and the industrial revolution from the CBSE Class 11 and 12 political science syllabus.

According to reports, the Central Board of Secondary Education has also decided to drop the topic ‘impact of globalisation on agriculture’ from a chapter on ‘Food Security’ from the Class 10 social science syllabus.

Faiz’s revolutionary poem ‘Hum Dekhenge’ had become a source of inspiration for hundreds of thousands of protesters, who took to streets against the Modi government’s controversial laws on the NRC and CAA.